The Leadership Legacy Award, sponsored by the Center for Executive Succession at the Darla Moore School of Business, aims to recognize influential CEOs that have established a commitment to the development of future C-suite leaders.

This year, Elizabeth (Liz) Smith, chairman of the board and chief executive officer of Bloomin’ Brands, is the recipient of the Leadership Legacy Award. The award, formerly known as the Sustaining Leadership Award, is the only one of its kind.

This commitment to future executives is what Patrick Wright, faculty director of the Center for Executive Succession, calls the “talent pipeline.”

“What we’re trying to do is really get inside the organization and make sure that we’re recognizing the CEOs that personally view this as one of the most important priorities within their role,” Wright said.

Wright said the uniqueness of the Leadership Legacy Award is centered on its emphasis on a CEO’s personal commitment to furthering the executive succession process.

“There are companies that may show up on the best companies for leaders list where the CEOs, you know, support for it is simply signing a budget line. But they don’t really personally care that much about developing talent,” Wright said. “So what we wanted to do was really focus on the CEOs that see this as one of the most important parts of their jobs. It’s building that legacy.”

The award focuses on three main criteria: overall performance, self-development, and a personal commitment to building the future talent pipeline. Candidates are nominated by their firm’s chief HR officer.

Although the Center for Executive Succession organizes the nominations, it is not involved in the selection of the awardee. Chief HR officers screen initial applicants, and a committee made up of public company board members performs the secondary screening and vote to decide the final recipient.

“Our hope is that with this award, the Moore School begins to be recognized as the place that is most known for awarding CEOs that are trying to build leaders themselves,” Wright said. “Certainly, the more CEOs that come to campus, the more they’ll be engaged with our students. Hopefully, that will help the recruiting process and so on, but I think our bigger priority is that the Moore School be recognized as a place that has the visibility and the attention of CEOs.” 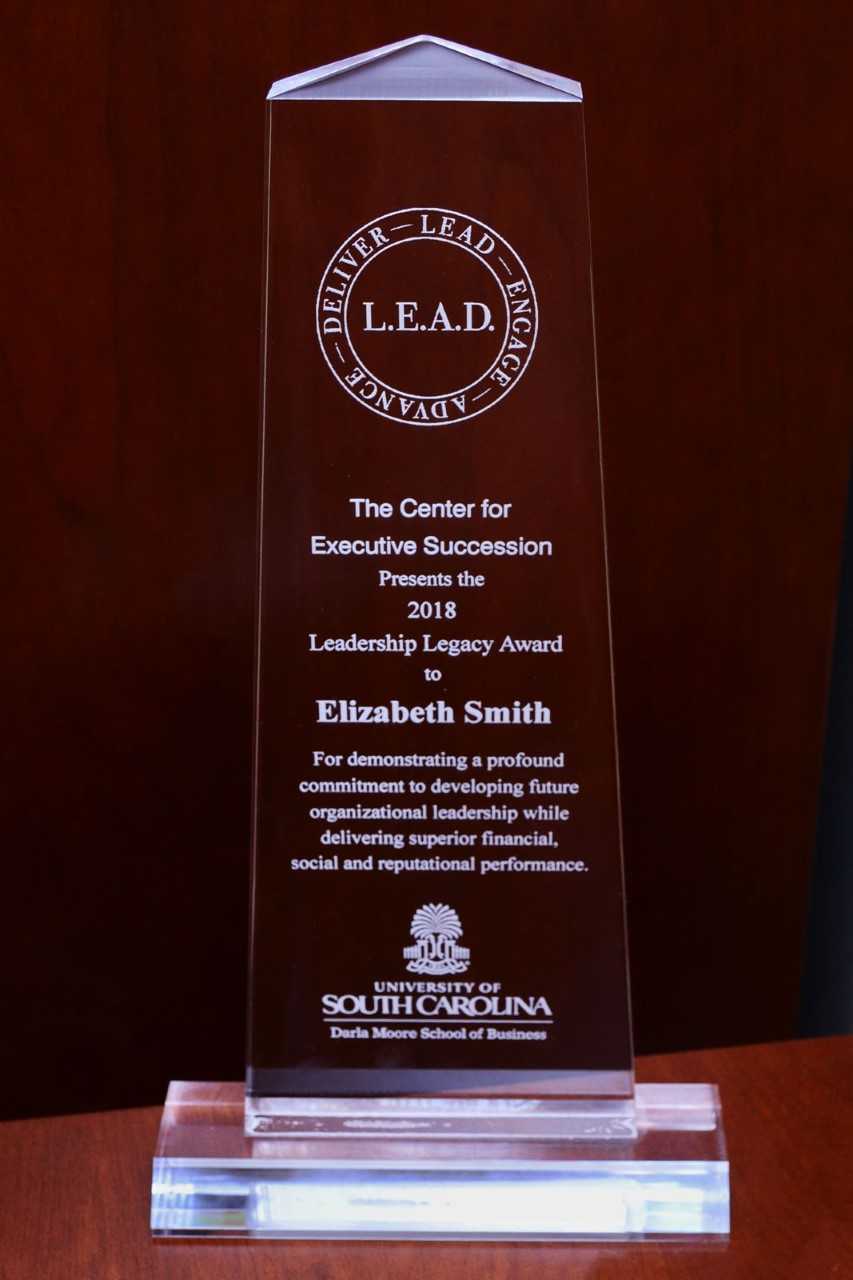 Elizabeth (Liz) Smith is the recipient of the second annual Leadership Legacy Award for her outstanding performance as CEO at Bloomin' Brands.