Management science professor Leslie Hendrix was brought on board the Moore School team last fall as part of the push for data literacy among undergraduate students. She was teaching two sections of MGSC 291, a second-level statistics class, which is right up her alley as she was a stats professor in USC’s College of Arts and Sciences for seven years before joining the business school faculty.

Hendrix was supposed to be teaching the sophomores how to do advanced statistical analysis using only Excel, but she found herself having to do several workarounds to manipulate Excel to do things it just wasn’t designed to do.

“I felt as though I was working with one hand tied behind my back,” she said.

She decided to try something new: She started teaching her two sections — about 150 students — how to use the software program R, which required them to learn a bit of computer coding but ultimately was better designed for the outcomes of the course.

“It looks a little scary at first,” Hendrix said, “but an overwhelming number of students appreciated coming out of the class with that skill.”

She said some students were hesitant about the program initially as only about a handful — if that — had any experience with computer coding. After opening up more discussion time and office hours however, Hendrix said everyone seemed to be on board.

“They felt like they were actually learning a skill they could use going forward,” she said.

In fact, she’s been receiving emails from several of her students telling her they got summer internships specifically because they knew how to use R. Now, all students taking MGSC 291 will be required to learn R.

“The coding is applicable to so many other software systems they’re going to have to use,” Hendrix said. “It’s a heavy-hitter skill.”

R will be taught alongside Excel in MGSC 291 starting this fall. More than 700 students take MGSC 291 each semester.

“Excel is still something students need to know how to use, but I’m teaching them R in addition,” she said. “I want students to know what people in the field actually use.” 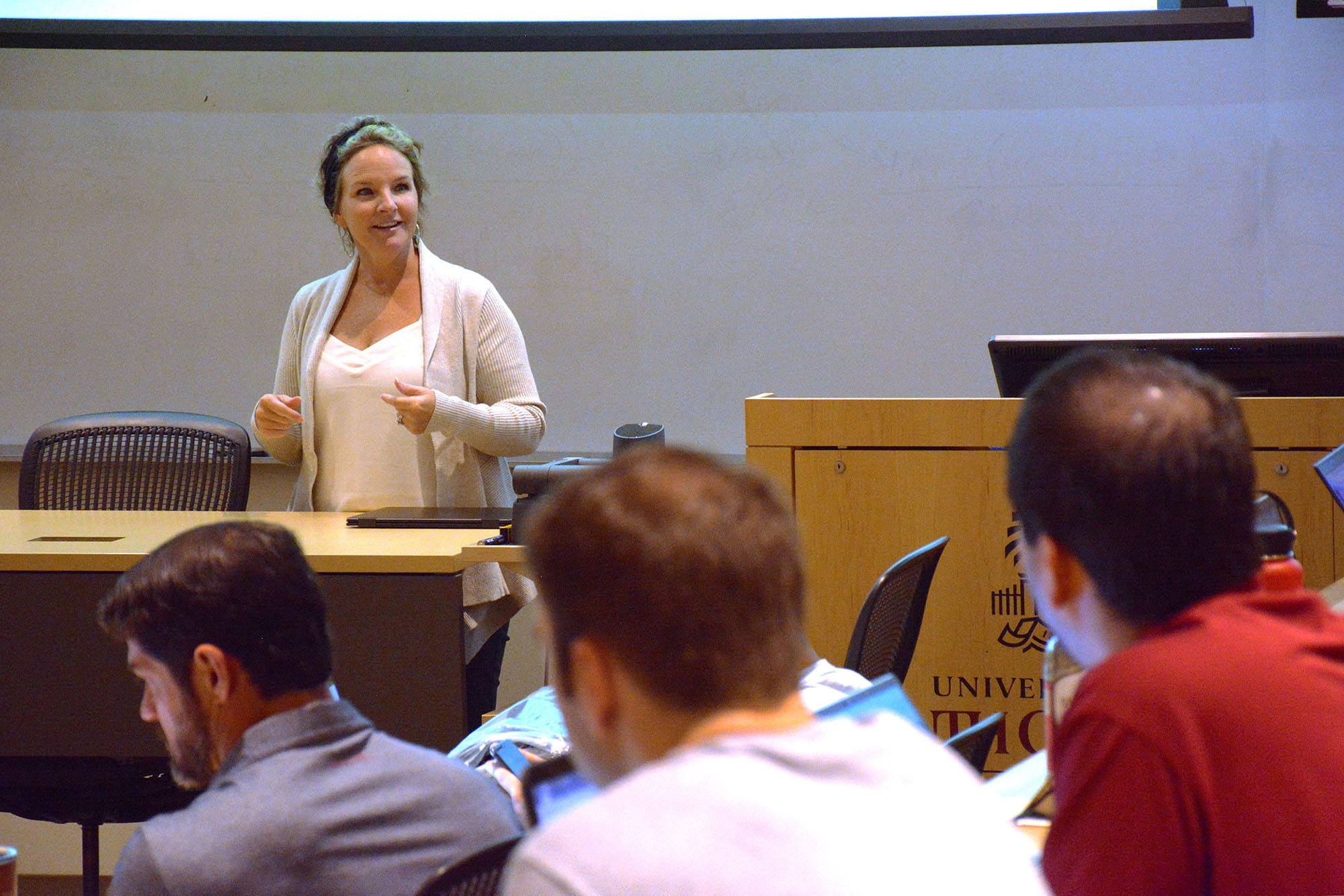