Sophie Davish, a third-year finance student at the Darla Moore School of Business, will serve as the University of South Carolina’s next student body vice president. Davish was elected by the student body with a 58.37 percent majority, or 4,207 votes.

Student government has been an area of interest for Davish since her freshman year at the university. She initially joined because she wanted to give back as well as practically apply her interest in government.

“I combined my major and student government my sophomore year by becoming a member of the Student Senate Finance Committee and working with a team to allocate money to student organizations across campus,” Davish said.

During her time as vice president, Davish hopes to foster the student body’s relationship with the school’s government as well as continue to give back to the university. She also plans to increase preprofessional programming for all students around campus. This will help students fine tune their interviewing skills as well as provide resume assistance and professional dress workshops.

“One example of this is a programming week I hope to have in conjunction with the university’s career center,” Davish said. “It will give a week of preprofessional programming to prepare students to land the internship or career of their dreams. I am very passionate about not only giving students at this school an amazing experience but making it a practical one as well that sets up students to succeed in life.”

Davish plans to revamp the Carolina Closet, a service providing five free business clothing items a semester to any student with a Carolina Card. She wants to make sure every student is aware of the service. Davish plans to work with Stigma Free USC and have mental health workshops. In addition, she plans to partner with the Office of Multicultural Student Affairs and other multicultural organizations to expand diversity week.

Davish chose to attend the Moore School because of her interest in a practical degree from a respected institution. Her time taking finance classes at the school has given her a real-world look into the inner workings of financial systems and how companies run them. It has also allowed her to continue using her passion for math on a daily basis. These classes continue to challenge Davish.

“I love how my classes get deep into the mechanics of how companies run their financials and allows me to think in a way I never have before,” Davish said.

Davish believes her time at the Moore School has played an instrumental role in her own success not only in student government, but also in her own professional career.

“On several occasions when I’ve applied for entry level positions, I’ve received compliments on my interview mannerisms, professional dress and resume,” Davish said, “They are all attributes I’ve been perfecting while at the Moore School. This is also why I’m so passionate about making sure every student is given these opportunities to excel professionally.”

These different opportunities are directly preparing Davish for her own career goals. She plans on attending law school after graduation. The experience she has gained in her major as well as courses in tax law and contract law will prove to be vital during her time in graduate school.

Davish will not let her passion for serving others and the community end with her time at the university. She eventually wants to combine her professional skills with her love of service to become a human rights attorney. 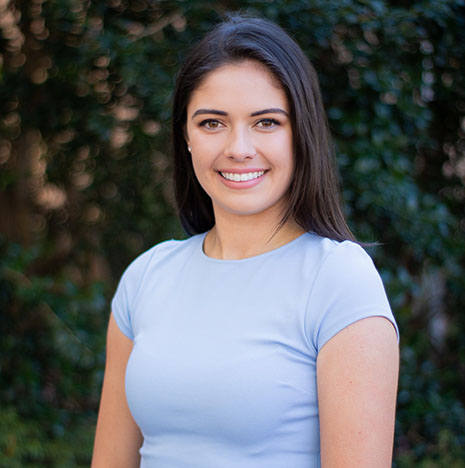 Student government has been an area of interest for Sophie Davish since her freshman year at the university. She initially joined because she wanted to give back as well as practically apply her interest in government.