A newly offered course at the Darla Moore School of Business aims to teach students about the basics of blockchain and its myriad practical applications. For many, blockchain programs are often quickly associated with bitcoin and the transactions they accompany that live in the dark corners of the web. However, blockchain’s uses span far beyond cryptocurrencies and are quickly becoming a significant part of the changing financial technology landscape.

A blockchain is essentially a database shared across a network of computers. It consists of many data records that are woven together, making blockchain very difficult to hack and good for secure transactions. Blockchain is also used for banking, supply chain, voting machines and medical records, among a host of other activities.

The Moore School's course, FINA 490 Special Topics: Financial Innovation, focuses on two main types of financial technologies: blockchain and machine learning. It was launched three years ago as part of the Moore School’s Finance Scholars program, and in Fall 2018, the course was opened to all students in the business school. A second section will be offered in the spring semester due to student demand.

Colin Jones, an associate professor of finance at the Moore School and director of the Carolina Finance Scholars Program, had the idea to launch the original course three years ago.

“It’s a great example of how the Finance Scholars program is pioneering applied curriculum and pedagogy, helping to accelerate adoption in the standard curriculum and move our school forward,” Jones said.

He said that a course like this provides students with sought-after skills and knowledge that are highly marketable in the competitive job industry.

"Any time there’s a valuable application, something like blockchain, that can be applied to so many different things and not that many people know about it — there’s going to be a mad rush to hire people that do know about it, and that’s what we’ve seen," Jones said.

Jimmie Lenz, a blockchain industry veteran and current instructor of the Financial Innovation course, said it was designed to be as hands-on as possible. In class, students learn how to use code to facilitate transactions on blockchain.

“Teaching it in the business school is perfect because this is looking like it’s becoming another alternative to traditional finance,” Lenz said.

According to Lenz, part of what is so exciting about blockchain is that it is still in its infancy.

“I think the course changes a little bit every semester,” Lenz said. “It’s the nature of any new technology. It will be reflective of that environment every semester."

“I want this to be something that people can take to an interview and their next role. It’s really important that they be as current as possible.” 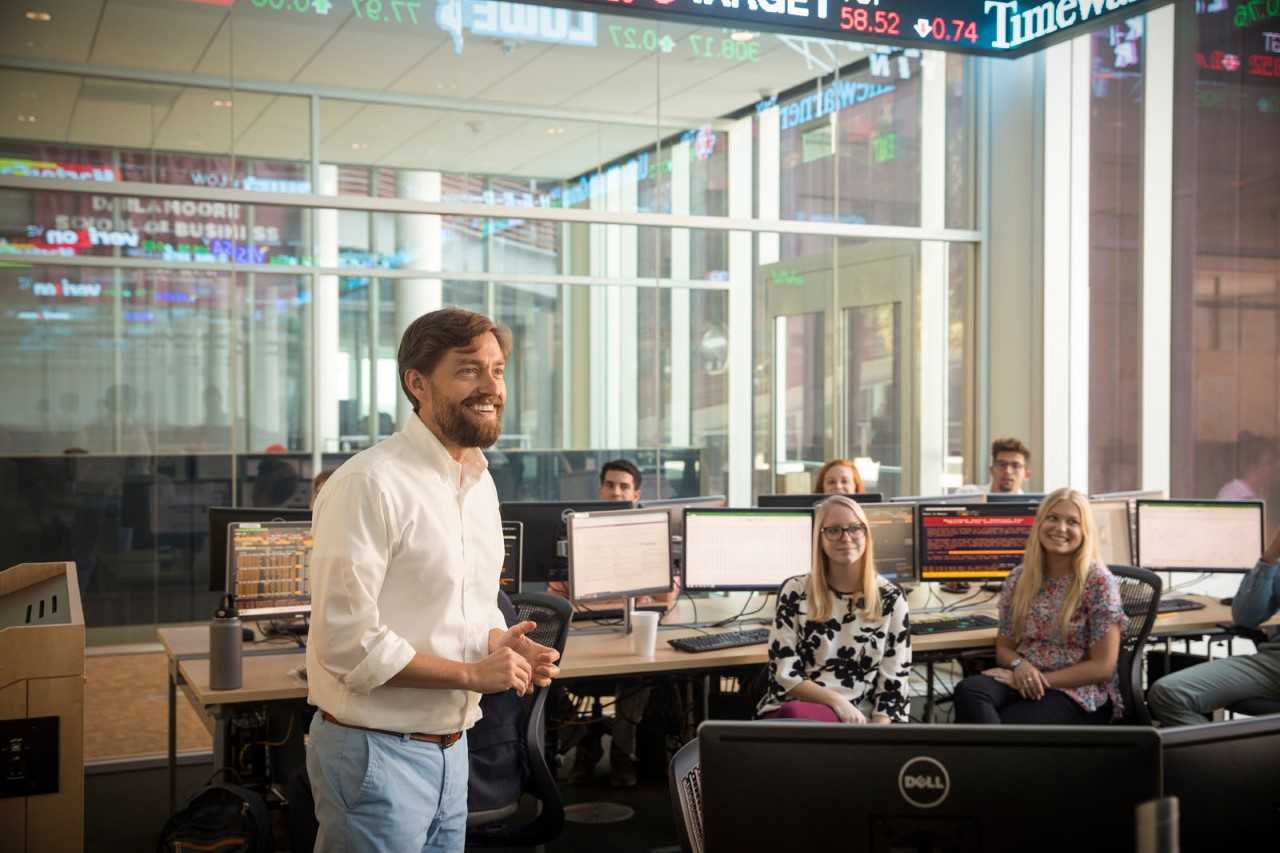