Moore School Master of Human Resources alumnus Kelton Hall (’14 MHR) is a long way from his Clinton, South Carolina, home. Currently working in Dubai, United Arab Emirates, for Boeing as an international human resources project manager, Hall went from being a Newberry College and Canadian professional football player to finishing his MHR and advancing twice with Boeing – all in the span of a decade.

Hall, raised by a single father who didn’t finish middle school, attended Newberry College on a football scholarship while maintaining a 3.3 GPA. He majored in business administration and minored in accounting. While he was a junior, he worked for Komatsu Newberry Manufacturing Operation as a human resources intern.

“I really didn’t know what HR was at the time,” he said. “To be honest, I kept at it because I happened to see my director’s salary and said, ‘OK, I could do this for a living.’”

Despite his newfound interest in human resources, Hall weighed his options as a senior – he could either play professional football in Canada, work for a reputable investment banking company where he had received a respectable offer or enroll in the UofSC Master of Human Resources program.

“I chose professional football, obviously,” Hall said. “That ended before it really even started with a knee injury.”

After his brief stint in professional football, Hall then enrolled in the Moore School Master of Human Resources program.

“As I entered this program, I realized that I was in over my head and felt inadequate in comparison to some of my other peers,” he said. “I had a Southern drawl that I’d never learned to turn on and off, I was one of a few African American men in the program, and of those, I was the only ex-athlete that entered class with two arms full of tattoos. I got weird stares from others. That became my motivation to succeed and prove that I’m just as good, if not better.”

Hall said he won over his peers with his work ethic, especially during group assignments.

During his first semester in the MHR program in the Moore School, Hall said he watched his peers get internship offers from practically every company that came in to recruit. Because of his persona as a former athlete with a multitude of tattoos, Hall said he didn’t even get an opportunity to interview that first semester. Instead of getting frustrated or angry, Hall said it inspired him.

“Once I eventually secured my internship with Boeing that following summer, I made it my goal to get a job offer and not have to repeat that interview process again,” Hall said.

As an intern, he said his manager gave him meaningful and impactful projects that contributed to his business acumen beyond human resources. Hall said his intern manager is still a supportive mentor. After his internship, Boeing offered him a job, and since then, Hall has held four different positions in three cities: Seattle, Bangalore, India, and now in Dubai, United Arab Emirates.

“When I first landed in India, we had around 300 employees spread throughout the country,” he said. “When I left 18 months later, we had about 1,500 employees. On a daily basis with this growth and developing this program, it was baptism by fire. Gearing policies around what was done in the U.S., it gave me a lot of autonomy in implementing this HR program because it had never been done in India on this scale.”

Hall helped with the large-scale implementation of the Human Resources Talent Management Review system similar to Boeing’s standard system, but taking into account an extremely young workforce, Hall said he had to adjust the scale to rate the employees appropriately in terms of talent.

“I met with several business stakeholders to understand what they wanted to see in a top performer going forward and included [in the measurement system] an element that would assess the potential of a new hire beyond information given from the interview or resume,” he said.

Hall participated in Boeing’s Human Resources Career Foundation Program, which is a three-year leadership rotation program that helps enrollees explore the various functions of HR within Boeing’s operations. In his current role, Hall is assisting in rolling out the international HR business model for all non-U.S. Boeing locations.

“I can truly say I am not sure I would be in this position if not for the Moore School and the Master of Human Resources program,” Hall said. “The return on investment for the MHR has paid tremendous dividends in the past five years. Boeing is a really hard company to get into, and being on the inside now, I see it even more. The Moore School opened that door for me.”

In addition to learning invaluable networking skills, which Hall said come in handy meeting new people sometimes daily with Boeing, he said the Moore School also taught him the value of using data to drive decisions.

“When something comes across my desk as an issue, before I take it to leadership or try to find a solution, I search for data to justify that this is a real issue,” Hall said.

He said the Moore School also taught him how to receive buy-in from high-level company leaders, especially important as he encountered cultural barriers when he was trying to teach executives about the new Human Resources Talent Management Review system in India.

“Having the experiences from the Moore School being around high-level leaders, including most of our professors who were executives in companies, I had the experience of taking and presenting my work to that same high level of leadership,” he said. “I learned from that process that even though something may be company standard, the standard has to change pending your audience and cultural nuances.”

While Hall has enjoyed traveling the world working with Boeing the past couple of years, he said he intends to return to Washington where he spent his initial three years with Boeing and hopefully settle in Seattle in the near future.

“Seattle had that type of effect on me; the culture is very open and progressive, and everyone is willing to help you and give you pointers,” Hall said. “There’s a hipster vibe to the city and tons to do. Seattle has become a transplant city with hubs for companies like Microsoft, Amazon and too many startups to name! So there are a lot of like-minded young professionals to network with and learn from.” 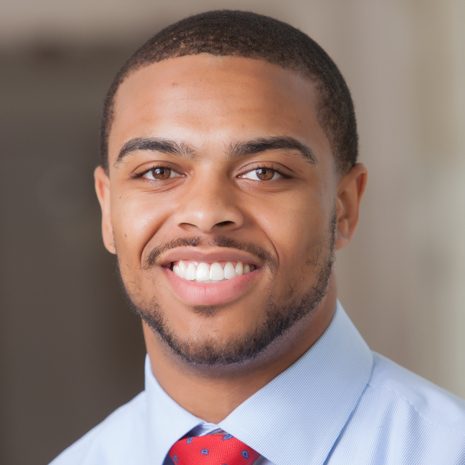 Kelton Hall dreamed of being a professional football player, but he now travels the world working as an international human resources manager for Boeing.

Connect with Kelton on LinkedIn