Two Moore School management professors are helping retailers determine the most profitable products to put at their end-of-aisle displays.

Professor Mark Ferguson, chair of the Department of Management Science and part of the Center for Applied Business Analytics, and management science assistant professor Olga Perdikaki collaborated with Oracle Retail, a subgroup of Oracle Corp., for their research. Other members of the research team included Olga Pak, a Moore School management science doctoral student, and Su-Ming Wu, a senior principal data scientist with Oracle Retail.

The team developed an estimation and optimization model they believe retailers can use to not only indicate which product, like beer, has the best chance of being selected from a display rack but also which particular beer is the best to display for a given week.

The model can give a grocer or other retailer a whole year’s plan and can be used with any product category, Ferguson said.

The Moore School team “basically developed the math behind it,” Ferguson said.

A number of studies have tracked where customers spend their time in grocery stores, and they indicate it’s the outer aisles and the perimeter of the store, Ferguson said.

“They call these inner aisles the dead zones because people don’t take the time to go into the aisles, or are less likely to,” he said.

The perimeter of grocery stores generally offers fresh, high-margin foods such as produce, bakery items, meat and dairy products — staples for most shoppers. The inner aisles tend to offer packaged goods such as paper products, toiletries and non-perishable food items.

A study of 2 million grocery shoppers also indicated that products on promotional displays at the end of aisles are seen by nearly twice as many shoppers as the products on the inner aisles.

“While the academic literature and retail software solution providers offer a variety of optimization solutions for the inner-shelf space management and assortment optimization,” Ferguson said, retailers have had very little guidance on how to determine when and what products to place on the end promotional space.

Many grocers relied on educated guesses informed by experience to identify which products to put on promotional displays.

A lack of formal insight to determine which products to display is important because research has shown about 60 percent of grocery purchases are unplanned or impulse buys, and many of those products come off promotional displays, which means more sales and profit for stores. Impulse buys help drive profitability for stores.

The basic research problem they focused on was how can data be used to help retailers decide which out of the thousands — if not tens of thousands — of products they should select each week to put on endcap displays.

A typical store could carry 5,000 items but only have 22 end-of-aisle promotional areas.

“Most of the items never make it, so they have no data on how much additional sales lift you get for putting an item on this display,” Ferguson said.

To develop their model, the researchers chose to focus on beer because of the variety available. However, Ferguson said, the model can be applied to any category of product.

The model was created using a national scanner database set that collects transaction data from grocery stores all over the United States.

The research team controlled for many variables and isolated the display effect, or how much the increase was just for putting a product on the end of an aisle.

“The display effect was very significant,” Ferguson said. “Just putting an item on an endcap display even without discounting it, we estimate it raises the sales by about 60 percent.”

Collaborating partner Oracle Retail currently has a patent pending on their research and intends to turn it into a product.

To begin promoting the product to retailers, Ferguson provided a 30-minute web presentation on the optimization model to an estimated 75 business representatives who work for U.S. and international retailers such as Accenture, Infosys Limited, Kroger, Logic, Pet Valu, Signet Jewelers and Pharmavite, among others. 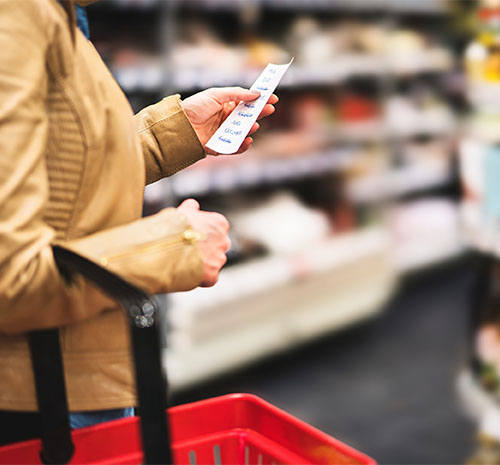 The team — which includes Mark Ferguson, chair of the Department of Management Science and part of the Center for Applied Business Analytics, and management science assistant professor Olga Perdikaki — developed an estimation and optimization model they believe retailers can use to determine the most profitable products to put at their end-of-aisle displays.

Learn more about the Center for Applied Business Analytics