A researcher at the Moore School is providing new understanding of how a public health crisis can impact an economy, decades or even a century later.

Robert Gonzalez, an economics assistant professor and his colleagues, have studied the detrimental effects of epidemics and the importance of containing and eliminating them to preserve health and financial well-being.

Gonzalez will publish his findings that details the financial toll of an 1854 cholera epidemic in a London neighborhood that contributes to housing and property prices that still lag behind neighboring communities today.

He also is studying the effects of cell phone usage on spreading or containing the 2013-2015 Ebola epidemic in Liberia.

Both projects encompass numerous data sets that he and his colleagues have spent hundreds of hours analyzing.

The trio focused on the Soho area in London where a sudden spike in cholera cases quickly spread to an entire neighborhood.

John Snow, one of medicine’s earliest anesthesiologists at the time of the outbreak and also a medical doctor and surgeon, lived in the affected Soho area and questioned whether cholera was transmitted by air – a common belief at the time called miasma theory.

Snow, an important figure to present-day epidemiologists, gathered what data he could in 1854 and located the epicenter of the outbreak. He went house by house to see who was affected and who died. The data map he created helped him trace the outbreak back to a single water pump in which the majority of those suffering from cholera lived near on Broad Street.

After studying the cholera incident, Gonzalez and his colleagues examined housing prices in the Broad Street community impacted by the outbreak when it hit in 1854 and compared those to housing prices in 1894, 1899, 1936 and present day.

“Prices remained consistently different across the area affected,” he said. “The houses in the area whose residents would have gotten their water from the infected pump sold for 12 percent less on average than houses in other areas [as early as 1864].”

Today, housing prices in the affected area, now known as Broadwick Street, near the cholera outbreak remain about 20 percent lower than in neighboring areas.

Considering the cholera outbreak lasted less than a month, the impact is significant, Gonzalez said.

The working-class neighborhood where the majority of cases occurred experienced 660 deaths within about a half square mile.

Approximately 90 percent of the houses in the working-class neighborhood were rental properties, so landlords had to make a choice, Gonzalez said.

“Since a significant portion of the surviving residents were poor, landlords had to kick them out because they couldn’t make rent or charge them a lower rent,” he said.

Since many of the landlords lowered the rent, the neighborhood transitioned from working class to poor since the rent was lower after the epidemic.

The effect lasted for generations. Rent control laws and strong tenancy laws enforced from the 1890s until the 1980s contributed to the continued discrepancy.

“The individual and long-term persistent effect on the quality of the infrastructure shows how the epidemic changes the distribution of poverty,” Gonzalez said.

While finalizing his research on the London cholera epidemic, Gonzalez did subsequent research on the impact of information communication technologies on economic development. That led him to a modern-day health epidemic: Liberia during the Ebola outbreak between 2013-2015.

He conducted his preliminary research with University of Michigan’s Elisa Maffioli, looking at cell phone records to see who in the villages were affected by Ebola and had cell phones.

Their theory was that communities with cell phone access had higher rates of the Ebola virus. In principle, wealthier or more middle-class individuals who are more likely to own cell phones also may be more likely to spread the virus than poor residents without access to cell phones.

“Cell phones can actually be detrimental,” Gonzalez said. “It would increase the likelihood of Ebola in a village. If your village is connected with a cell phone, it’s easier to communicate with people.”

Easier communication means individuals would find out a relative or friend was sick and go care for them, thus exposing themselves to the virus.

Individuals without cell phones are less likely to travel to another infected person’s home during the most contagious period, Gonzalez said.

Cell phones also had a flip side.

As the outbreak began to spread and world health officials communicated how to prevent the disease through quarantine or proper burial of the dead, cell phones contributed to the prevention of Ebola.

With cell phones, “it is easier to get access to care, call an ambulance, call health workers,” Gonzalez said.

In addition to analyzing cell phone records, Gonzalez and his Michigan colleague sent surveys to households in Liberia asking whether they were visited by a public health official or received information about Ebola as well as the extent of their contact with individuals who had the disease.

Economically, being poorer may have initially helped Liberian villages because they communicated less and were less likely to spread the Ebola virus. Later, as the virus became a wider-spread public health crisis, cell phones helped disseminate information to prevent further spread of the virus. As a result, those who could afford a cell phone were better prepared to avoid contracting Ebola.

Gonzalez said health epidemics like the Liberia Ebola crisis and London cholera outbreak can affect economics in a variety of ways, from an individual’s ability to participate and be productive in the labor force to a community’s infrastructure and monetary stability.

A crisis can stunt generations of individuals’ economic growth opportunities, he said.

“If individuals are affected by a negative health shock like an epidemic, then this may inhibit their ability to participate in the labor force, affect their productivity and impact their ability to accumulate human capital,” he said. “Furthermore, this effect can be persistent if the epidemic takes place in a society with low inter-generational mobility.”

Gonzalez continues to explore the interconnectivity between economics and public health crises to better understand impacts long term and inform response and policy. 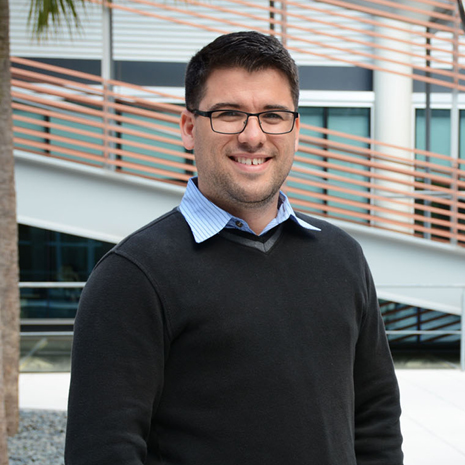 Robert Gonzalez, an economics assistant professor and his colleagues, have studied the detrimental effects of epidemics and the importance of containing and eliminating them to preserve health and financial well-being.