A senior lead analyst on the enterprise analytics team at Chick-fil-A for more than eight years, Walters is a strong supporter of Moore School Dean Peter Brews’ goal to make every Moore School graduate data proficient, analytically capable and functionally grounded. While at Chick-fil-A, Walters helped launch the Chick-fil-A One app that suddenly gave the company massive amounts of consumer data.

“Being analytically capable, I was able to help the company draw insights and make sound decisions informed by the data,” Walters said. “Many of those decisions revolved around questions like, ‘How often should we reward customers with free food offers?’; ‘Do customers who download the app and start using it come more often than before?’; ‘How do we personalize the customer experience?’ Without analysts who are data proficient and analytically capable, the data would have been overwhelming and useless.”

Now a lecturer at the Moore School, Walters conveys to her students the business world’s urgent demand for analysts capable of making sense of big data. Walters said that management science involves analyzing data to improve processes and solve problems. Looking at data can answer a question, prove a theory, correct an issue and even help influence future behavior.

“It all starts with data,” Walters added.

A management science educator with a master’s degree in statistics, Walters is focused on finding the most effective way to teach statistics in a large classroom. She said that a good statistics education can have a positive effect on business management, especially because of the heavy emphasis on understanding data in business.

“We are living in a time when companies and organizations have an abundance of data and a shortage of employees and leaders able to make sense of that data,” Walters said. “I want to send our graduates to their respective companies with a solid foundation of statistics so that they may positively influence the business world.”

Walters said that she also emphasizes the importance of integrity in data analysis to her students.

“Delivering the truth is not always easy, particularly when you have to tell a project stakeholder that their pet project is not working,” she said. “While ‘fudging’ the analysis results to please a stakeholder is tempting, the truth will eventually come out and could cost your company millions (even hundreds of millions) of dollars. Being a truth teller takes a strong backbone but is necessary and, ultimately, rewarding.”

In addition to her work in technology development at Chick-fil-A, Walters also has experience in operations, marketing, menu development, supply chain, financial return and innovation. Walters believes that data plays a large role in all of these areas and emphasizes the importance of data proficiency and analytical capabilities in all business roles. 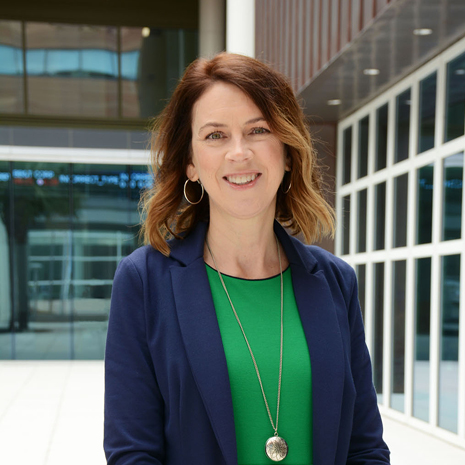 Moore School management science lecturer and UofSC alumna worked on the team that launched the popular Chick-fil-A app. She uses that experience with all of the data they received from the app to teach students about the importance of understanding and being able to analyze large-scale sets of data.

Learn more about Beth on LinkedIn