Kuhlman, who technically retired in May 2000 and returned as an adjunct professor in August 2001, began teaching at UofSC in 1969 as a political science professor. After 20 years in political science, Kuhlman joined the faculty of the then international business department of the College of Business Administration, which became the Darla Moore School of Business in 1998.

Currently an international business adjunct at the Moore School, Kuhlman’s research as a professor focused on the role of foreign direct investment in the economic development of states and nations.

He describes his time teaching at the Moore School as “humbling, mind blowing and rewarding.”

Having been directly involved in the development of many Moore School programs, Kuhlman said some of the biggest challenges he faced ended up being his greatest accomplishments.

“My biggest challenge was creating the Russian track in our signal program, the Master of International Business (MIBS),” Kuhlman said. “Many colleagues were skeptical, but in 1990, we sent seven MIBS students, four of them female, to Russia for internships in American and Russian start-up ventures.”

A professor dedicated to teaching, Kuhlman has taught more than 10 different courses during his time at the Moore School and UofSC. He has also edited and/or published six books in international relations and contributed articles and chapters in more than 20 international business journals and edited volumes. Ultimately, Kuhlman said his career has been “all about the students.”

“I hope to teach my students how to become an ‘insider’ in all nations and institutions in which they might study, work or write about,” he said.

Kuhlman also served as the first director of UofSC’s James F. Byrnes International Center from 1979 to 1984 and as the vice president for research for the UofSC multi-campus system from 1985 to 1987.

“There is wisdom in the observation that ‘where you stand depends on where you sit,’ so sit in as many places you can during your career,” Kuhlman said. “It will expand your horizons.”

In addition to his leadership roles at UofSC, Kuhlman took two leaves of absence during his 50-year career. The first leave of absence, from 1976 to 1977, was spent researching at the Strategic Studies Institute of the U.S. Army War College. Kuhlman spent this time contributing to the Joint Chiefs of Staff’s “National Security Review;” he received the Outstanding Civilian Service Medal for that work.

Kuhlman spent his second hiatus as the associate director of international business development at the South Carolina State Development Board (now the South Carolina Department of Commerce) from 1987 to 1989. He organized the inter-agency team that recruited two foreign direct investors, Fuji Film Group and BMW, that greatly impacted South Carolina’s economy.

“[At the South Carolina State Development Board] I served one year under Gov. Richard Riley and another under Gov. Carroll A. Campbell Jr.,” Kuhlman said. “This service directly engineered my appointment as the first holder of the J. Willis Cantey Chair Professor in International Business [at UofSC].”

With no plans to retire from his adjunct professor position with the Moore School, Kuhlman said that his students have taught him just as much as he has taught them.

“Every class I have taught started with my motto, ‘I am not here to grade you, I am here to upgrade you,’” he said. “The students have done that for me also.” 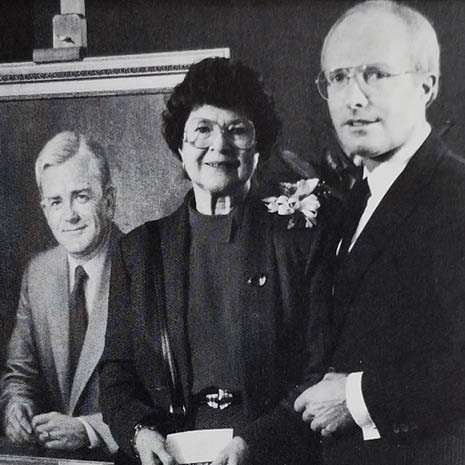 International business professor celebrates half a century with UofSC