In addition to engaging in such activities, companies also increasingly disclose these impacts through formal CSR reporting.

In a series of recent articles published in Journal of International Business Studies and Journal of Management Studies, Kostova and her co-authors examined the CSR performance of emerging market firms; emerging markets are those countries who are developing but are not considered developed by formal standards. They may have been developed in the past or will likely be in the future.

Kostova and her colleagues partly tested the conventional expectation that these companies might have lower levels of CSR engagement due to the less stringent requirements in their home countries. Surprisingly, they find that emerging market firms show high levels of CSR reporting especially when they expand internationally.

“Interestingly, they tend to do less window-dressing or green-washing,” Kostova said. “That is, their actual CSR performance is consistent with what they report.”

For example, studies show that companies headquartered in Brazil, China, Russia, India and Mexico have trust levels in the 30th percentile, in stark contrast to companies from Sweden, Canada, Germany and Switzerland with trust levels in the 70th percentile, with the 100th percentile being completely trustworthy. According to one study, only about 20 percent of the public in developed countries say they would trust a developing country multinational company doing business in their country.

“However, not all international expansions have the same effect. Adoption is more likely when companies expand to advanced markets with stricter CSR traditions and when they choose higher levels of engagement in those markets,” Kostova said. “An example is investing rather than simply exporting.”

More broadly, Kostova emphasizes to her students that multinational companies operate in multiple and very complex external environments with different political, economic, cultural and institutional conditions. Firms that understand and can effectively navigate those complexities are better able to innovate, achieve management excellence and compete on a global scale.

“Failing in this task leads to poor performance, loss of legitimacy or even total failure in certain markets,” she said. “This framework can be very helpful in understanding the failure of powerful companies like Wal-Mart in Germany, Google and Uber in China and many others.”

Kostova said culture is an extremely important influence in international business practices, but she also cautioned that companies are strongly influenced by political regimes, laws and regulations, economic conditions, social norms and other factors.

“We refer to this broader national environment as institutional context, and we study all these aspects in the international MBA program,” she said. “Reflective of this understanding, experts and companies are beginning to transition from the notion of ‘cultural intelligence’ to ‘contextual intelligence.’”

International MBA students learn a great deal about cross-national differences, how they affect companies, how to extract opportunities from an international presence and how to address common challenges and avoid failures when working with multinational corporations, Kostova said.

“In addition to the content knowledge, our students develop valuable skills – they learn concrete tools to evaluate and analyze varying business environments, they practice critical thinking, problem solving, teamwork, cross-cultural interaction and many others, which are important for their future success,” she said.

A very important component in contextual learning, Kostova said, are the immersion short-term study abroad courses offered to International MBA students where they learn about a particular region or country through a mix of online and in-class activities, followed by a 10-day trip to the region.

“I am a big believer in these intense immersion experiences. In the past, I have offered multiple courses to various European countries and cities such as London, Paris, Vienna, Prague, Brussels, Istanbul and others,” she said. “Since 2018, I have been leading a Maymester study abroad to a new destination – Russia. We cover content about the Russian business environment, foreign firms doing business in Russia, as well as overviews of Russian businesses.”

The 10-day trip to Moscow and St. Petersburg includes company visits, visits to universities, chambers of commerce and a ton of cultural events, which allows a much more in-depth hands-on immersive learning about the country, Kostova said.

“The Moore School has done an amazing job in expanding these course offerings with more than 20 short-term study abroad programs around the world, and I hope our students take full advantage of these unique opportunities,” she added.

Kostova, whose publications have received more than 17,440 Google Scholar citations as of January 2020, was recently recognized by the Web of Science Group to be among the top 1 percent of influential researchers in economics and business in the world. 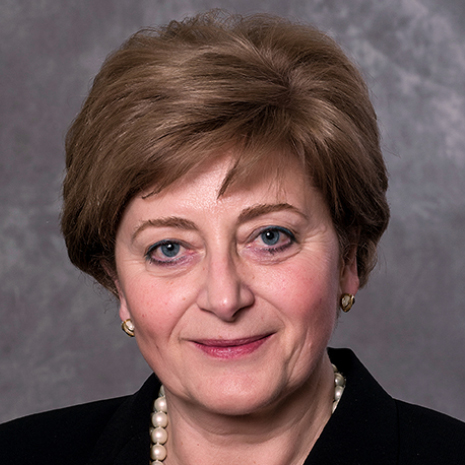 Professor shows students how to be competitive in multinational companies

Moore School professor Tatiana Kostova focuses her research on how multinational businesses are managed. Recently, she studied how these international companies participate in corporate social responsibility as well as the way they report their CSR.