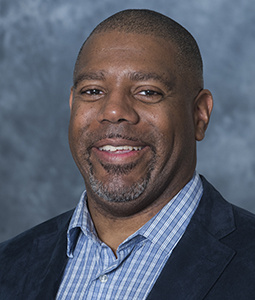 Marketing professor David Crockett worked with his colleagues in 2020 to craft a comprehensive Racial Bias in Retail Study for beauty retailer Sephora to better inform their commitment for a more inclusive retail industry.

In late 2019 after an incident of racial profiling in one of its retail stores, Sephora commissioned a retail study that aimed to identify racial bias in retailing and produce some actions they could take to ensure more equity in their stores as well as in retail as an industry.

Crockett was part of the commissioned research team, which was led by Cassi Pittman Claytor, assistant professor of sociology at Case Western Reserve University, and included Whitney Dunlap Fowler, a brand strategist, Patricia Raspberry, a principal with Black Raspberry Consumer Insights, among others.

Read below as Crockett discusses the team’s research and how his research ties into racial bias in retailing.

What were your findings in the national racial bias retail study?

How does race impact consumers — potentially positively or negatively?
All people are "raced", that is, assigned at birth to a racial group. Yet, they simultaneously have very different experiences based on a variety of factors. So, this is not a simple question to answer. What we can say with reasonable certainty is that in the U.S., people designated as Black and Latinx report mistreatment due to race as a very common occurrence in retail. This is less true for other racial groups. Further, those experiences range from unhelpful or unwelcoming to outright harmful. Although virtually every person will at some point have a less-than-stellar experience in retail, racially-biased and exclusionary treatment is not a random occurrence. It is widely recognized to be a routine feature of navigating retail for Black and Latinx people. Although it does not happen 100 percent of the time to 100 percent of the people in these groups, it raises the costs associated with their customer journey, and it erects roadblocks that can make the journey difficult to complete.

What do you think retailers can do to address racial biases?
Like any other problem that confronts any organization, first it must be declared by top-decisionmakers to be important enough to resolve. Then it must be understood. Then it can be strategized. Then those strategies can be implemented, tested and modified. Those efforts can be measured and continuously evaluated. Our research contributes to understanding and strategizing how to address racial biases in retail settings.

Any recent publications on racial bias in retail or similar topics beyond the Sephora study?
Yes, my research is generally on the topic of social inequality in markets. My 2017 article, "Paths to Respectability: Consumption and Stigma Management in the Black Middle Class," was awarded best article in that volume of the Journal of Consumer Research in 2020. Additionally, my 2020 article, "Mass incarceration and consumer financial harm: Critique of rent-seeking by the carceral state,” with my colleagues Casey Carder-Rockwell, a University of Arkansas at Little Rock assistant professor of marketing and advertising, and Lenita Davis, a University of Wisconsin Eau Claire associate professor of management and marketing, was published in the Journal of Consumer Affairs and was awarded the journal’s article of the year.