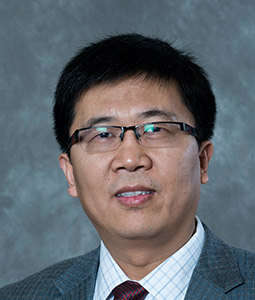 Moore School finance professor Donghang “DH” Zhang recently published research surrounding special-purpose acquisition (SPAC) company mergers and the advantages and disadvantages for a private company to undertake such a merger. Read Zhang’s explanation below about SPAC mergers and why they sometimes offer good returns on investment and when they may not.

More precisely, the question is about the definitions of a SPAC and the consequent merger between the SPAC and an operating company.

A SPAC, also known as a blank-check company, is a shell corporation listed on the public stock exchange that a non-listed or private company can merge with, in the process taking the merged company public. The SPAC merger allows the private company to go public by merging with the shell corporation instead of following the traditional initial public offering (IPO) process.

SPACs usually set 18 to 24 months as a deadline to complete a merger. If a SPAC cannot consummate a merger by then, it must liquidate, distributing the initial public offering proceeds and the accrued interest in the trust account to its investors. Once a SPAC identifies a target company and reaches an agreement, public shareholders of the SPAC vote on whether to approve the proposed business combination.

Separately, at this time, each public shareholder decides whether to redeem his shares. The redemption option means that there is a money-back guarantee for SPAC investors. Unit holders are allowed to keep (or sell) their warrants even when they redeem their shares. Because the warrants will become worthless if there is no merger, shareholders have an incentive to approve almost all mergers, creating an obvious conflict of interest. Because most shareholders may choose to redeem their shares, the amount of cash available for a merger is uncertain. To mitigate this uncertainty, in the merger agreement, operating companies negotiate a minimum amount of cash that SPACs must deliver.

Increasingly, the SPACs that liquidate do so because either the operating company or SPAC fails to meet the terms of the merger agreement, even though SPAC shareholders have approved it. The redemption option is a crucial element of the SPAC structure, because it greatly increases the incentive of a sponsor to negotiate an attractive merger so that the public shareholders do not redeem their shares.

Your study looked at 114 SPAC IPOs from January 2010 to May 2018. What conclusions did your research into these IPOs produce?

There are three major players with a SPAC and its consequent merger with an existing private operating company:

1) investors who buy the units from the SPAC IPO,

3) the operating company that merges with the SPAC (the blank check company).

For investors who buy the SPAC units, we find that investors have earned on average an annualized return of 9.3 percent. Even the worst-performing SPAC provided a positive return of 0.51 percent per year. A SPAC is equivalent to a default-free convertible bond with extra warrants, making 9.3 percent an attractive average return.

For the sponsors of a SPAC that successfully completes a merger, their more or less free founder shares can be worth millions or tens of millions of dollars. Such returns can be very attractive.

For example, starting in mid-2020, a series of companies in the electric and autonomous vehicle industries went public by merging with SPACs. We conjecture that these companies chose SPACs over traditional IPOs to swiftly take advantage of the public equity market's favorable sentiment, evidenced by the 743 percent increase in the stock price of Tesla in 2020.

What are the benefits of SPAC mergers?

SPACs provide private companies an alternative way of raising capital and going public. For private companies going public via merging with a SPAC, it can be completed more quickly and with less uncertainty because the SPAC has raised the capital through the SPAC IPO. Furthermore, a traditional IPO does not allow the issuing company to provide forecasted numbers to investors. For a company going public via a SPAC merger, it is no longer viewed as an IPO from the regulator's perspective, the company is allowed to use forecasted numbers to justify its valuations and to attract potential investors.

What are some of the negative aspects of SPAC mergers?

A successful SPAC can bring its sponsors good returns. However, it is often a more expensive way for a private operating company to get its shares listed on the exchange. Also, for investors who purchase the shares of the merged company, or for investors of the SPAC IPO who decide to hold onto the shares after the merger, the returns are very negative. If an investor buys shares of all the merged companies after the merger in equal dollar amount, the average one-year return is -15.6 percent, while the average return would be 8.7 percent if the investor buys the broad market index, which includes stock from companies of varying sizes.

Why is it beneficial for companies to go public? Why is it a complicated process?

The equity of a private company is difficult to value, and as a result, information disclosure is very important for IPOs. To ensure the market to function efficiently, many players, including investment banks, institutional investors such as mutual funds, accounting firms and many others, are involved. For SPACs, sponsors also play an important role. Meanwhile, to protect retail investors, the Securities and Exchange Commission (SEC) requires that all IPOs, as well as SPAC mergers, provide extensive filings so that all materials information will be disclosed. All these elements, filing with the SEC, adequate information disclosure and (arguably) efficient pricing, can make going public a time consuming and costly process.