Making a mark on Coca-Cola Consolidated

Alumna Roni Sims Jansen (’16 International MBA) initially had her sights set on a law career after finishing her undergraduate degree.

Jansen spent a year teaching English in China after she graduated from the University of North Carolina at Chapel Hill with a degree in International Relations and Chinese Language. Afterward, she accepted a job as a paralegal for a Washington, D.C., firm and quickly realized being an attorney wasn’t for her after all.

She said the negotiations she witnessed were her favorite part of working in a law office. A supportive mentor understood this and encouraged her to switch gears and focus on business.

“When I was in the process of considering MBA programs, my interests had always aligned to international pursuits, so an emphasis on global business was the most important criteria when comparing programs,” Jansen said.

Jansen called her decision to attend the Moore School’s International MBA program a ‘no-brainer’ since it is the top-ranked program in the country, according to U.S. News & World Report.

“I love the people and the culture at Coca-Cola Consolidated; there are so many wonderful advocates and mentors,” Jansen said. “The other thing I love is that the work we do is extremely complex. Before working for Coke, just being a consumer of the products, I underestimated how difficult it is to get products from manufacturing sites to distribution centers, all the way to the shelf where shoppers find the product. You’d think it would be a fairly simple process, but as a high-velocity consumer good the business is extremely complicated. There's never a shortage of things to learn.”

She said the International MBA program prepared her well for the fast-paced work environment she has encountered supplying Coca-Cola products and partnering brands to Walmart stores across 14 states and the District of Columbia.

The Moore School provides a comprehensive global understanding of how business works. Regardless of a student’s concentration in the IMBA program, they gain knowledge about a variety of functional areas like marketing, operations and supply chain, accounting, and management, Jansen said.

“You’re able to understand your place in the broader organization,” she said. “What differentiates teammates who have an MBA is that it accelerates their understanding of how the organization works. It often takes a longer tenure and years of experience to get the same 30,000 foot perspective.”

While she had already spent a year abroad in China before entering the IMBA program, she chose to do her IMBA immersion abroad in Spain so she could learn Spanish.

“In the International MBA program, you also learn about agility and adaptability; that’s just the realities of living abroad and being exposed to different cultures,” Jansen said. “Living abroad forces you to figure out how to be independent in new environments and adapt and change and still be successful.”

To go along with the soft skills she gained in the program, Jansen also lauded the data analytics skills she honed in the classroom.

“Data analytics were not my forte coming in to the IMBA program; I’m very qualitative in nature,” she said. “I had studied languages and international relations, but dedicating a significant portion of my time to data analytics was an exhilarating challenge.”

While she herself is not an analyst, she works with analysts every day. She said she depends on those teams of analysts to help her make strategic business decisions, but “without the exposure to the foundational training and exposure to data while in the IMBA program, I would be significantly less impactful in the roles I’ve had with Coke.”

Acknowledging she’s happy in her role with Coca-Cola, Jansen said she would love to pursue cross-functional experiences and even global roles with the organization in the future.

“I’m always thinking about what the next challenge is, and fortunately, I’m confident the IMBA prepared me for whatever that comes next,” she said. “Whether it's in marketing or global supply chain or sales or where I am now, the International MBA program really helped prepare me for each of those roles.” 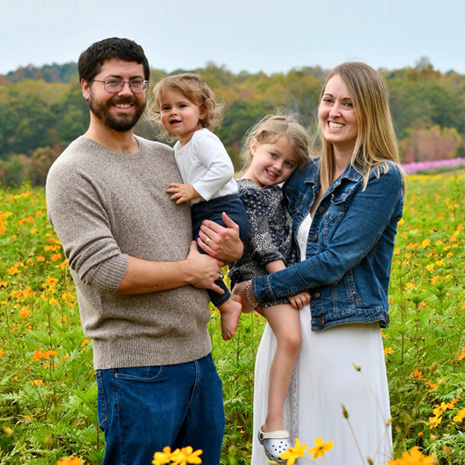 Roni Sims Jansen (’16 IMBA) met her husband, Kyle (’16 IMBA), on the Moore School’s orientation day for the International MBA program. She said the program’s small cohort allowed the candidates to get to know one another well over the course of the program.

“You do many group projects throughout the course of the program with big, final presentations at the end of each semester. I noticed Kyle when he gave his first presentation to the class; I wasn’t expecting him to be as good as he was. Soon after he was able to make me laugh at a class tailgate and the rest is history.”

The Jansens got married in November 2017 at the Robert Mills Carriage House and Gardens in Columbia, South Carolina, and they said their wedding was like a one-year reunion seeing all of their fellow IMBA alumni, she said.

Kyle Jansen worked for IBM for six years after they graduated and recently started his own consulting firm. The Jansens have two small children, Helen (3) and Audrey (1).