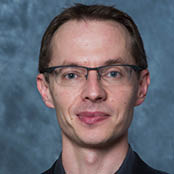 U.S. President Joe Biden and other world leaders are setting their sights on Russia’s oligarchs as they seek new ways to punish Russian President Vladimir Putin — and those who have enabled him and profited from his reign — for waging war in Ukraine.

In the 1990s, the oligarchs had the upper hand with the Kremlin and could even dictate policy at times. Under former President Boris Yeltsin, multiple oligarchs assumed formal positions in the government, and anecdotes abounded describing coffers of cash being carried into the Kremlin in exchange for political favors.

But since the 2000s, Putin has been calling the shots. Essentially, Putin proposed a deal — the oligarchs would stay out of politics, and the Kremlin would stay out of their businesses and leave their often illegitimate gains alone.

Today, three types of oligarchs stand out in terms of their proximity to power. First come Putin’s friends, who are personally connected to the president. Many of Putin’s close friends, particularly those from his time in St. Petersburg and with the KGB former Russian secret police and intelligence agency, have experienced a meteoric rise to extreme wealth. All of these individuals have been sanctioned.

The second group includes leaders of Russia’s security services, the police and the military, known as “siloviki,” who have also leveraged their networks to amass extreme personal wealth.

Finally, the largest number of Russian oligarchs are outsiders without personal connections to Putin, the military or the Federal Security Bureau. Indeed, some current outsiders are the 1990s-era oligarchs.

The oligarchs have helped Putin stay in power through their political inactivity and economic support of the Kremlin’s domestic initiatives. Furthermore, my research highlights instances in which oligarchs used their wealth, in terms of jobs, loans or donations, to influence politicians in other countries. Some oligarchs appear to initiate such geopolitically significant transactions voluntarily to create rapport with the Kremlin.

While it is difficult to establish direct causal links between what I dub the oligarchs’ “geopolitical volunteering” and their beneficiaries’ pro-Kremlin policies, there is strong anecdotal evidence that oligarchs’ financing facilitates the adoption of pro-Putin positions in countries outside Russia.

This brings us to the most important question on many people’s minds: As the sanctions decimate the oligarchs’ wealth, could that prompt them to abandon Putin or change the course of the war?

Some oligarchs are already speaking out against the war, such as Alfa Group Chairman Mikhail Fridman and metals magnate Oleg Deripaska, both of whom have been sanctioned by the West. I believe we will see increasingly vocal opposition to the war from the oligarchs. At the very least, their willingness to do the Kremlin’s dirty work by trying to influence Western politicians will likely subside significantly.

But there are two crucial limits to their influence and ability to affect Putin’s behavior.

For one thing, the oligarchs do not work well together. In Russia’s “piranha capitalism,” these billionaires have mostly sought to outcompete their rivals for government largesse.

Individual survival with a view to the Kremlin, not the defense of common interests such as sanctions’ removal, has been the oligarchs’ modus operandi. The Kremlin, for its part, has promised state support to sanctioned companies, especially in the banking sector.

More importantly, it is the guns, not the money, that speak loudest in the Kremlin today. The generals are more likely to sway Putin than the oligarchs — and an economic collapse may be even more convincing still.