Being a student at the University of South Carolina College of Hospitality, Retail and Sport Management means opportunities to learn not only from professors who are among the leading experts in their fields, but also from industry leaders.
Richard Gaton, co-founder of BDI Pharma, spoke to one of Mike Moody’s classes in the Department of Retailing Oct. 20, and focused on the importance of passion, hard work and building relationships.

“If you care enough and you're passionate enough, you'll get it most of the time. You'll be prepared," Gaton told the students. He and partner Edward Stiefel co-founded BDI in 1995, committing everything to the project and moving to Columbia to launch it.

"We started the company with equity lines off our first homes… I slept on the office floor for two weeks" in the early days, Gaton said. "We started as a two-man operation. My partner and I showed up in coats and ties and started building desks."

The hard work paid off for Gaton, now the head of a company which has grown 790% in the last 10 years and has been recognized as one of South Carolina’s top large firms by USC’s Darla Moore School of Business. "It doesn't matter if you're flipping burgers or making phone calls. You've got to care. You've got to make an effort," Gaton said. "That work ethic is huge."

He also emphasized the importance of patience, particularly in sales. “It's all about relationships,” he said. “Sometimes it takes years. Sometimes it takes a few minutes. It depends on who you're talking to… We had somebody close a sale after 7 years of calling on somebody.”

Gaton also spoke frankly to the students about what he looks for in employees. "I love it when they come in and they control the conversation,” he said of those he interviews for jobs. He added that for him and for other CEOs he knows well, work ethic and passion can trump even experience.

"I love people who have no sales experience because they're willing to learn," he said. "You've got to want to win. You've got to have that passion. I think that matters as much as anything else."

He said college students entering the workplace should do so with an open mind, and focus on opportunity rather than money at first.

"If somebody's more concerned about their salary than their earning opportunity, that's a red flag for me. I want people who are hungry," he said. "I couldn't see it as a college student. I couldn't see that next step until I lived it."

"There are a lot of ways to get to where you want to go,” he added. “I would've never thought I would be in SC. I've been here 22 years. It's been great for me."
Gaton said he also believes in treating people well because it’s the right thing to do and because it could help you.

“It's a round world. If you do something wrong, take advantage of a situation, it's coming back at some point,” he said. "No matter what you do, you have to have passion for what you're doing and you have to care about the people you're working with." 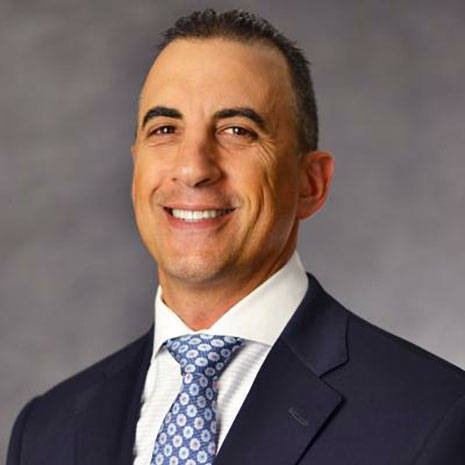 “If you care enough and you're passionate enough, you'll get it most of the time. You'll be prepared," Gaton told the students. He and partner Edward Stiefel co-founded BDI in 1995, committing everything to the project and moving to Columbia to launch it.