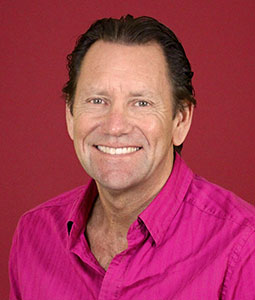 Simon Hudson received his Master of Business Administration from the California State University and his doctoral degree in consumer behavior from the University of Surrey, United Kingdom. Hudson is an internationally recognized tourism expert who has written books on tourism marketing, golf tourism, the international ski industry, sports and adventure tourism, and customer service. Prior to coming to South Carolina as a SmartState Endowed Chair, he held academic positions at universities in Canada and England, and has worked as a visiting professor in Australia, Austria, Fiji, New Zealand, Spain, and Switzerland. Hudson has also taught twice on Semester at Sea, a floating shipboard campus that integrates multiple-country study, interdisciplinary coursework, and hands-on field experiences for meaningful engagement in the global community. Prior to academia, Hudson spent several years working in the tourism industry in Europe.

Hudson has written eight books. His first, published in 2000 and called Snow Business, was the first book to be written about the international ski industry, and Sports and Adventure Tourism was an edited text that came out in 2003. His third book (in two editions), Marketing for Tourism and Hospitality: A Canadian Perspective, has sold more than 10,000 copies, and Tourism and Hospitality Marketing: A Global Perspective was published in 2008. His 2010 book, Golf Tourism, was the first text written about this vast and growing worldwide industry, and he has since written a second edition. In 2013 he published a book called Customer Service for Tourism & Hospitality, and in 2016 a book titled Winter Sport Tourism: Working in Winter Wonderlands. His most recent textbook was published by Sage in 2017 and is called Marketing for Tourism, Hospitality and Events. He is currently working on a book called the Worldwide Guide to Retirement Destinations to published in 2019. The marketing of tourism is the focus of his research, and in addition to the books, he has published more than 70 refereed journal articles from his work. Hudson is frequently invited to international tourism conferences as a keynote speaker.

Simon Hudson's research focuses on tourism as a driver of economic development. His goals are to create a one-stop resource of advanced information and intelligence for tourism industry stakeholders and to improve South Carolina's competitiveness as a tourism destination.