We prepare students to become the music instructors of tomorrow while providing significant performance, teaching, leadership and research opportunities.

Habits of a Successful and Significant Music Educator

Scott Rush is the lead writer for the Habits series by GIA Publications and is the former Director of Bands at Wando High School in Mount Pleasant, SC. He is a graduate of the New England Conservatory of Music in Boston, Massachusetts and the University of South Carolina. He currently serves as co-conductor of the Charleston Wind Symphony, a semi-professional ensemble in Charleston, South Carolina.

Under his direction, the Wando Symphonic Band performed at the 2007 Midwest International Band and Orchestra Clinic and were recipients of the 2007 Sudler Flag of Honor administered by the John Philip Sousa Foundation. His marching bands were two-time BOA Grand National finalist.

Teaching certification preparation is available through the Bachelor of Music with emphasis in Music Education degree.

Gail Barnes teaches both undergraduate and graduate courses in stringed instrument methods and orchestra literature. She also teaches graduate courses in topics such as Introduction to Research in Music Education, Administration and Curriculum of Music Programs (with a focus on the Sociology of Music Education). Her research interests include community and school orchestra programs and access to music education for under-served youth.

Jabarie Glass serves as the associate director of choral studies, and he conducts University Chorus, Women’s Chorus, and teaches undergraduate and graduate courses in conducting and choral music education.

Jay Jacobs teaches classes in the music education department. He is the director of the Carolina Band, and conducts the Symphonic Winds.

Bachelor of Music with emphasis in Music Education

Master of Arts in Teaching

Doctor of Philosophy in Music Education 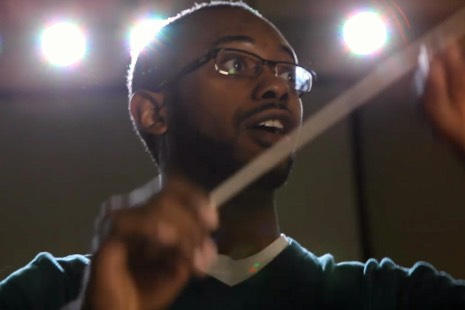