The 18th annual Sport Entertainment and Venues Tomorrow (SEVT) Conference set a number of records in 2014 while bringing in some of the biggest and brightest industry stars to the area on November 19-21 at the Columbia Metropolitan Convention Center.

One of the largest and most prestigious sport and entertainment conferences in the country, the 2014 SEVT Conference set a record for number of college and universities represented (37), total attendance (350) and the most companies ever represented at the career / internship fair (25).

Award highlights on the 2014 conference included the following:

The College of Hospitality, Retail and Sport Management and the Department of Sport and Entertainment Management at the University of South Carolina are proud to host the SEVT Conference and look forward to once again hosting the event as it shifts to the spring for the first time next school year. The 19th annual SEVT Conference will take place March 16-18, 2016. 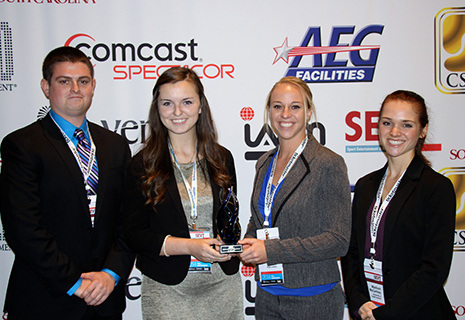