Quail Hollow Club in Charlotte, N.C., will host the 99th PGA Championship Aug. 10-13, and from the top down, alumni and students from the University of South Carolina’s College of Hospitality, Retail and Sport Management will play a key role in putting on the tournament.

Tom DeLozier, Quail Hollow Club’s general manager, is a 1999 HRSM alumnus, and has worked closely with Associate Professor Cathy Gustafson, one of his mentors during his days as a student, to develop an internship program for the PGA Championship.

More than 150 current students are spending part of the summer at Quail Hollow, and the partnership offers opportunities for Gamecocks in all of the HRSM areas of study.

Many of the students will be supervised by a familiar face. Rachel Nesbitt, a 2017 hospitality management graduate, is working full-time at Quail Hollow as the first recipient of the John Deere Fellowship. DeLozier has placed her in charge of the large group of students who will work in the tournament’s hospitality areas.

Other students, primarily retailing majors, will work in the Championship Shops, a newly-built 50,000 square-foot facility which will be one of the first things visitors see upon arriving at Quail Hollow. The students helped get the giant tent ready for the tournament and will break it all down again after the champion is crowned.

DeLozier said he considers mentoring an important part of his role as one of the leaders in the golf club industry, in part because of his own experience at HRSM.

“The students really want to be here. There’s a learning curve, but their passion is powerful and their energy is contagious,” DeLozier said. “I was a student not that long ago. I remember the impact internships and advice had on me. I’m very aware of how important that is.” 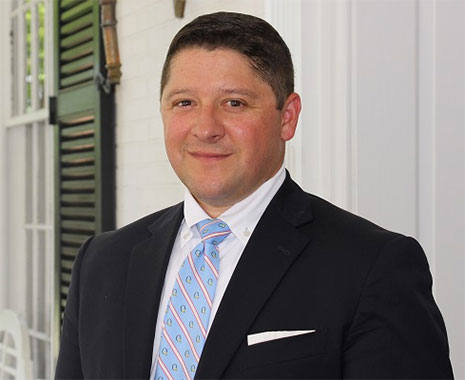 Top of his game

An alumnus of the University of South Carolina’s College of HRSM, DeLozier’s passion for hospitality, impeccable standards and insatiable work ethic have helped him prepare to lead his team in one of the golf world’s brightest spotlights.

The eyes of the golf world will soon be on Quail Hollow, and those eyes will be spotting Gamecocks all over the club.