Brown will succeed Haemoon Oh, who has served as dean of the college for the past five years and announced earlier this month that he would not be seeking reappointment.

“It has been an extremely rewarding five years and I’m grateful for the opportunity to build a stronger HRSM and accomplish so much together as a college,” says Oh, who will remain part of the HRSM faculty. “I will continue to remain a strong advocate of HRSM.”

Brown will begin serving as interim dean on August 1 and will continue until a permanent dean is appointed.

"During our meeting, Matt displayed passion and expressed dedication to serve his colleagues," says Tate. "His recent reappointment as chair of the Department of Sport and Entertainment Management reinforces his commitment to the HRSM community. I look forward to working with Matt as we seek to attract students to join the highly ranked programs in the college and to support our award-winning faculty and researchers. In addition, Matt indicated his desire to continue the important diversity and inclusion efforts in the college."

Brown joined the university in 2005 and began serving as chair of the Department of Sport and Entertainment Management in 2013. Student enrollment in his department has doubled since then. The department is ranked No. 1 in the U.S. according to the Global Rankings of Sport Science Schools and Departments by ShanghaiRankings.

“It is an honor to be named interim dean of the college,” Brown says. “We have several nationally and internationally ranked programs, but more importantly we have wonderful students, faculty and staff. I look forward to building on the foundation provided by Dean Oh as we move forward. Our faculty will continue with their cutting edge research, innovative classroom pedagogy, and interaction with the industries we serve. As COVID-19 has had a great impact on our industries, now is a critical time to provide innovative solutions and serve as thought leaders as we adapt to an ever changing environment.”

Prior to coming to South Carolina, Brown served in Ohio University’s well-respected Sports Administration and Facility Management Program. He holds a B.A. from Truman State University, an M.S. from Western Illinois University and an Ed.D. from the University of Northern Colorado.

Brown has also been a liaison between the department and the Lexington County Blowfish baseball team, chief financial officer of the Southern Ohio Copperheads and as treasurer of the board of directors of the Southern Ohio Collegiate Baseball Club. He also served as the treasurer of the North American Society for Sport Management and is a member of the Sport Marketing Association and North American Association for Sports Economics. He was the 2018 recipient of the 2018 Garth Paton Distinguished Service Award, given by the North American Society for Sport Management. 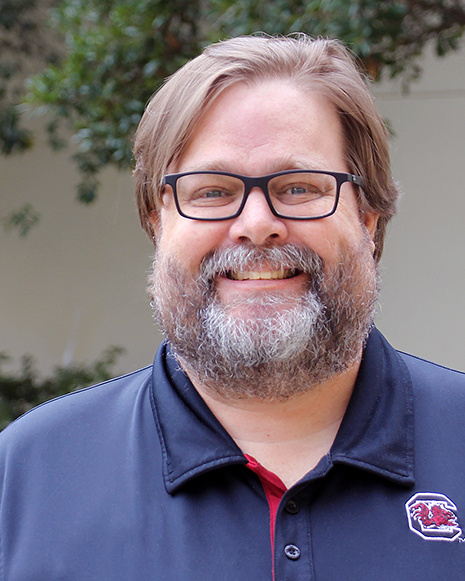 Brown will begin serving as interim dean on August 1 and will continue until a permanent dean is appointed.