“Overcoming fear is the key,” says 2020 University of South Carolina graduating senior Chandler Engel. It’s a lesson he’s learned throughout his college career, as he recovered from seeing his pro baseball dream shattered and found the strength to forge a new path to success.

Engel grew up in Chapin, South Carolina, and by high school his sights were firmly set on a career as a professional baseball player. He played at Wofford as a freshman, then transferred to University of South Carolina Sumter with an eye on entering the MLB draft. However, a shoulder injury ended his baseball career, and left him distraught and unsure of what to do next.

Never one to give up, Engel eventually chose to transfer one last time, moving to Columbia and choosing a major in Interdisciplinary Studies offered by UofSC’s College of Hospitality, Retail and Sport Management. The degree program allowed him to use his transfer credits and to take classes in retailing and sport management, his two main fields of interest.

While at UofSC, Engel used the same passion and drive that made him a star on the diamond to become an outstanding student and entrepreneur. While turning in an excellent academic performance and earning accolades from his instructors, he also dove into the world of business and discovered his talent for entrepreneurship. While working on his degree, he began collaborating with Phenom Elite sportswear and equipment company to help that young business grow.

“I do not regret it,” Engel says of his unexpected change in direction. “Being a student here allowed me to excel, and I made relationships with great people. I enjoyed how well the coursework applied to real life situations in the professional field. My time here definitely prepared me for the future.

As he graduates with his bachelor’s degree this May, he has expanded his business portfolio to include several startup businesses, including an e-commerce sport memorabilia store.

“After college is over, I want to continue making my way as a young entrepreneur,” he says. “I want to inspire other college students to overcome their fear of starting a business. I truly believe anybody can do it; it is all about the power of the mind.”

In the College of HRSM, Engel found invaluable help for a budding entrepreneur from faculty who have worked in the retail field as well as in academia.

“Mike Moody provided valuable insight for entrepreneurship, while Sang-Eun Byun provided great insights for social media analytics,” he says. "Daniela Jankovska was the biggest inspiration to me.  She cares about her students and she is always there to help."

Engel has become confident in his abilities, but is quick to remind those who will follow him in the path toward graduation that it was not always easy.

“When I first started college I had a fear of speaking up in class and giving presentations,” he says. “I learned that one must overcome their fears to be successful. Practice builds confidence, confidence produces positive results.”

Any baseball player or fan would agree his words apply in the batter’s box as well as off the field. No one gets a hit if they walk to the plate afraid of striking out.

Learn more about the Bachelor of Arts in Interdisciplinary Studies and the Department of Retailing. 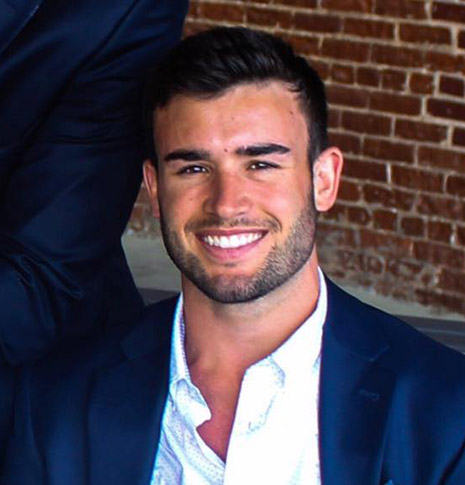 BACHELOR OF ARTS IN INTERDISCIPLINARY STUDIES

“Being a student here allowed me to excel, and I made relationships with great people. I enjoyed how well the coursework applied to real life situations in the professional field. My time here definitely prepared me for the future.”