The Nicole and David Tepper Scholars Program, launched July 2020, has already begun changing students’ lives for the better in the University of South Carolina’s Department of Sport and Entertainment Management.

The department selected the first cohort of Tepper Scholars, all freshmen beginning their college careers in fall 2020, based on academic merit, with an emphasis on supporting student diversity and first-generation students. While the first cohort includes students from different ethnicities, genders and backgrounds, the four outstanding scholars have two things in common: academic excellence and a passion for sport management.

Chris Selby Jr.’s father is a South Carolina alumnus, and long before becoming a Tepper Scholar, Selby knew he wanted to be a Gamecock and a sport and entertainment management major. Growing up in Florida, he first visited Columbia as a 10-year-old, attending a Carolina vs. Clemson football game with his dad, and the memories of that day (and a 31-17 UofSC win) stick with him to this day.

“I still remember it like it was yesterday: the palpable electricity in the air, the adrenaline rushing through my veins, the spectacular sea of whirling, white towels, the deafening roar of Gamecock Nation,” he says. Even as a fifth grader, Columbia felt like home. He earned the opportunity to call it home with outstanding work in the classroom. His 4.33 weighted core GPA and excellent SAT and ACT scores made him a Capstone Scholar, a winner of the Academic Scholar - Superlative Award, and now a Tepper Scholar.

His dream is to be an NFL general manager one day, and as a lifelong Carolina Panthers fan he is excited not only for the financial help to pursue his dream but also for the chance to meet the Teppers and experience the enrichment opportunities that come with the Teppers Scholars program.

"Just the idea that the team that I grew up rooting for, the team I love, that I'm going to be interacting on a business level with them, it's just so surreal,” he says. "It really does feel like everything was aligned. I'm a man of faith, and I'm just so thankful to God for this opportunity.”

First-generation student Jordan Mooring is also coming to South Carolina with a specific career goal in mind: to be an NFL agent.

“I read articles on careers in sport, and they said that agents need to be outspoken, good with people, kind yet firm in your beliefs and know what you’re talking about — and that embodies me,” Mooring says confidently.

She knows she will need to  stand out to succeed in a very competitive, and historically male-dominated field, but life has taught her to gain strength from challenges. At only 18, she has already overcome injuries as an athlete and faced years of adversity in her home life. Mooring hopes to prove to her youngest sibling that with hard work you can overcome obstacles and are not defined by your circumstance. Becoming a Tepper Scholar is a significant step toward making those goals and her career dreams come true.

"This scholarship means the absolute world to me,” she says. “It has shown me that hard work really pays off and has given me the extra push I need to work even harder in college. Being one of six kids, I didn't think it would be possible to attend my dream school out of state, but with this scholarship it is.”

Madelin McLean is a person who never stops. In high school, the Maryland native competed in three sports and was a member of five clubs and four honor societies. She did it all while earning a 4.2 weighted core GPA and earning an Academic Scholar Recognition Award along with her admission to South Carolina.

She also completed more than 700 hours as a volunteer in her community, much of that in a leadership role. The newly minted Tepper Scholar hopes to find a niche in sport management using the power of sport to change society for the better. That goal began to take shape when she and her teammates won a basketball state championship her freshman year, and she heard little girls saying they wanted to be like her.

"If I'm becoming a role model for these young children, I want to do so much more than just play sports,” she says. "I want to be the one to lead this community with an impact and a legacy."

McLean and some of her high school classmates helped organize an anti-racism rally this summer, drawing more than 600 participants and demonstrating how much young people can accomplish.

"We have such a loud and powerful voice from my generation, and it feels incredible to be part of it,” she says.

Devon Watson comes to South Carolina after graduating as valedictorian of his high school in McDonough, Georgia. Playing soccer all four years while maintaining that level of academic excellence required him to cultivate time management skills, and he also found a determination to raise the bar.

“I wouldn't just want to sit there and write out an essay and turn it in while knowing I could have written a better one,” he says, giving an insight into the drive that made him first in his class and now a Tepper Scholar.

That drive, for Watson, goes hand in hand with his passion for sports.

"I've always loved sports. For me, sports has been an outlet to get me to stop thinking about negative things and focus on positives,” he says. "I know there's more to it than what you see on TV and that's what I would like to get into.”

Academic excellence, passion and drive. The first four students to carry the title of Tepper Scholar have all that and more. They also have a deep appreciation for the opportunity they have been given, financially and in terms of a chance to experience things few others do.

They will do it all at the top-ranked sport management program in the United States, one which has built a roster of world-class faculty and alumni. Thanks to the Teppers, the scholars will each receive $10,000 per year toward their education, plus an immediate stipend for this school year to cover the additional burdens created by COVID-19. They will also gain access to additional enrichment opportunities.

“Our students are incredibly fortunate to learn from industry leaders, and this powerful new partnership with Nicole and David Tepper will shape the future of sport and entertainment management for generations to come,” says Matt Brown, interim dean of South Carolina’s College of Hospitality, Retail and Sport Management. “We are deeply grateful and very excited for the young people whose lives will be changed by these innovative programs and scholarships.”

As some of the top students in the country, these young leaders know that with this great opportunity comes responsibility to make the most out of their college experience, and they are excited to get to Columbia and get to work. They are four very different young people, but they speak as one on this: they will not waste this chance, and they will set the standard for others to follow.

Watson speaks for his fellow scholars in his message to the Teppers.

“Thank you for having enough belief in students such as myself to give us this kind of opportunity.” 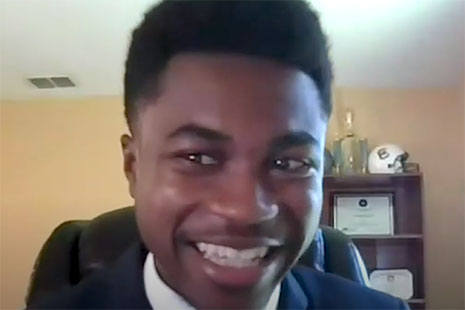 Hear highlights from the interviews with the four incoming freshmen selected to be part of the first Tepper Scholar cohort, including the surprise moment when they found out they had won. 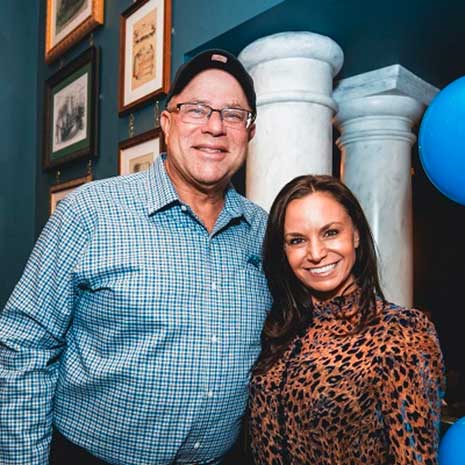 The Nicole and David Tepper Scholars Program provides four-year scholarships to a cohort of four incoming freshmen each year. Tepper Scholars will receive $10,000 per year toward their education and will gain access to additional enrichment opportunities.

Read more about the scholarship here