The University of South Carolina’s College of Hospitality, Retail and Sport Management invited the campus community to the spring 2021 edition of its Dean's Executive Lecture Series, "Leadership and Resilience: Creating Success in a Year of Crisis." The  event was held Monday, March 29.

2020 was an unforgettable year filled with hardship, challenges, pivoting and innovation. The free, virtual event featured a panel of industry leaders who shared how their teams and organizations were able to forge ahead and create a positive impact in the face of adversity.

Al Hutchinson joined Visit Baltimore as president and CEO in November 2016. As the chief executive of the city’s official destination sales and marketing organization, he is responsible for overseeing the promotion of Baltimore to leisure travelers and convention business, while demonstrating the impact of tourism on the city and state.

Hutchinson has earned recognition for leadership throughout his three-decade career in destination marketing. Most recently, he was recognized as one of the Daily Record’s 2019 Most Admired CEOs in Maryland.

Hutchinson is a graduate of the University of Alabama and currently serves on the Board of Directors for Destination International’s Foundation, the United States Travel Association, the Religious Conference Management Association, the American Bus Association and Tourism Diversity Matters (TDM), in addition to working with numerous organizations in the Baltimore area.

Peyton Jeter is a director of marketing for Spectra, an industry leader in hosting and entertainment. Her current role in Macon, Georgia, includes overseeing marketing for the Macon Centreplex, which includes the Macon Coliseum and City of Macon Auditorium.

Jeter has worked in the tourism and event industry since 2011, serving as a marketing consultant for the city and county of Denver and an interactive media coordinator for the city of Orlando as well as prior roles with Spectra in Orlando and in Orange County, California.

Cindy Spain-Green is an executive with more than 25 years of combined experience in the industries of wholesale trade shows, management, merchandising and purchasing / buying.

In her current role as vice president of leasing for International Market Centers, she oversees new business development, sales, revenue, lease negotiation and developing client relationships for permanent showroom space of over 700,000 gross square feet with both national and international companies.

Spain-Green has been with the company now known as International Market Centers (previously AmericasMart Atlanta) for more than 20 years, rising from her initial role as buyer relations manager.

Spain-Green earned her bachelor of science degree in retailing from the University of South Carolina, and worked as an executive for J.B. White, Rich’s (now Macy’s) and Belk before her current company. 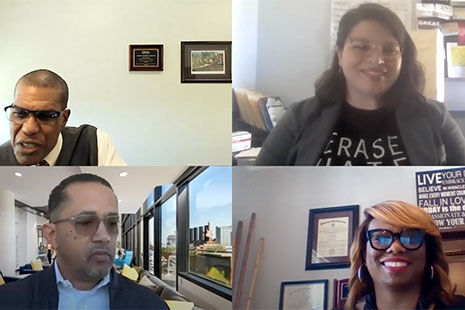 Creating Success in a Year of Crisis