Luciana Zullo’s career as a soccer player at the University of South Carolina earned her countless athletic honors, but she has also kept her eye on her academic goals throughout her time on campus. As she and the Gamecocks rolled through one of the most successful runs in program history, the university’s College of Hospitality, Retail and Sport Management would congratulate Zullo on social media. Her reply was always the same: “Thank you! See ya in class this week.”

While earning her degrees with outstanding grades in one of the top sport and entertainment management programs in the world, Zullo delivered big moments on the pitch. The Gamecocks reached the NCAA women’s soccer tournament in all five of her years with the program (she was granted an extra year because of the impact of the COVID-19 pandemic on the 2020 season), winning at least one match each time and making the Final Four once and the Elite Eight three times. They also claimed two Southeastern Conference championships.

Zullo saved one of her best moments for one of her final matches. The Gamecocks were underdogs as they traveled to No. 2 seed North Carolina in the 2021 NCAA women’s soccer tournament, but kept even with the Tar Heels. Late in the match, the ball came to Zullo and she delivered, calmly settling the pass and hammering home a perfect shot to win the game as UofSC advanced in what would be another Elite Eight run.

“Especially it being my last year, it was all or nothing,” Zullo says. “I didn’t want to waste my teammates’ time or mine, so just continuing to push myself to that next level and coming up big in certain moments to help the team was just a great experience.”

Zullo’s soccer legacy includes being among the top 10 in Gamecocks’ history in game-winning goals and NCAA tournament goals, but she says she is just as proud of making the SEC Academic Honor Roll multiple times. Her parents instilled in her from an early age the commitment to making classwork just as important as practice on the field.

Zullo, a New Jersey native, chose the sport and entertainment management major as a freshman after taking a special topics in sport class taught by Victor Kidd.

“It attracted me from the get-go,” she says. “It was really that class that kind of led me into learning more about the program and ultimately to enroll.”

As Zullo finished her bachelor’s degree and considered next steps, the love for sport management led to the decision to stay at UofSC and pursue her master’s degree.

“The master’s program has challenged me more because they expect more of you at this level. I felt like this was more of an individual choice than the expectation to go to college, get your undergrad,” she says. “It’s pushed me personally and challenged me in different ways, like improving my skills at public speaking and presentations.”

Zullo has found a particular interest in the marketing side of sport management after taking classes in that area led by Department of Sport and Entertainment Management Professor Stephen Shapiro. She plans to pursue a career in marketing after completing her master’s degree.

“Dr. Shapiro was so helpful when I was deciding what to do after undergrad. The deadlines were coming, and he helped me through the grad school process and kept telling me it was going to be fine,” she says. “And then my coaches understood that more was expected of me as a grad student and they were flexible. I would have to leave practice early every Tuesday and Thursday to make it to my law class with Professor [Susan] O'Malley. I don't know if she appreciated me coming in all sweaty, but everyone was so supportive the whole way.”

Staying for grad school also meant a chance for Zullo to go to classes and play alongside her younger sister Corinna, who is also a sport and entertainment management major and soccer player.

Learn more about the Department of Sport and Entertainment Management. 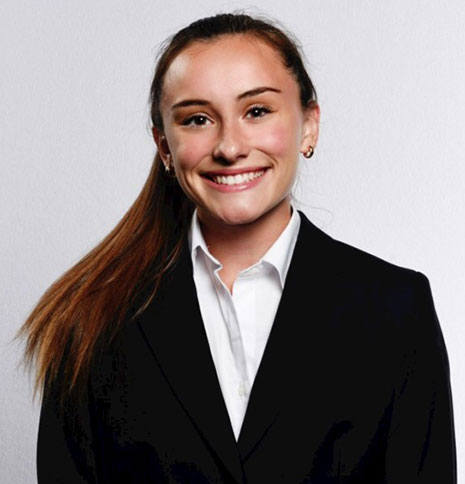 Master of Sport and Entertainment Management

Zullo earned her bachelor’s degree in sport and entertainment management in 2020 from UofSC and will graduate for the second time in May 2022 with her Master of Sport and Entertainment Management graduate degree.