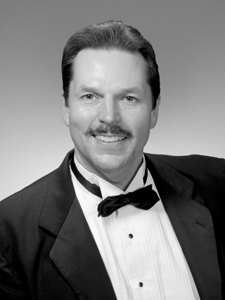 Mr. Cuttino’s resume included over 1,000 operatic performances throughout Europe. Ferrando (Cosi fan Tutte), Almaviva (Barber of Seville), Tamino (The Magic Flute), Lenski (Eugene Onegin), Alfredo (La Traviata) and Rodolfo (La Boheme) are a sampling of the more than 40 roles in his repertoire. He also performed over 500 concerts, including a concert tour with the late Leonard Bernstein, to London and Moscow.

“Walter Cuttino was, for many years, the heart and soul of the voice area of the School of Music.  In addition to his beautiful, clear, and bright tenor voice, Walter was a loving and collaborative colleague who performed superbly in any genre and in any venue that presented him.  His legions of voice students over the years attest regularly to the significant impact he had on their learning and development.  Our world is diminished without Water Cuttino in it" said Dean Tayloe Harding.