All shows are free and take place at 7:30 p.m. in the USC School of Music Recital Hall, 813 Assembly St., Columbia SC, unless otherwise noted.

Our wide-ranging 2018-2019 season, united as always by musicians and musical programming of the highest caliber, features a GRAMMY-winning vocal ensemble, an acclaimed percussion quintet including USC’s own Scott Herring, a spectacularly creative and quirky guitar and percussion duo, and a return visit by America’s leading contemporary-music string quartet.

The Living Earth Show, a guitar and percussion duo from the California Bay Area that memorizes every work it performs, won USC’s 2017 Savvy Chamber Competition with a virtuosic program that was both hilarious and thought-provoking.  The socially conscious ensemble engages complicated topics head-on, from the relationship of race and sexual identity to the arts and to themselves as performers to the way art passes from one generation to the next.

The Living Earth Show’s Southern Exposure concert features a smorgasbord of different styles, including dance work with electronics by Daniel Wohl; a Persian-inspired piece by Sahba Aminikia; a work using scraped tiles and microtonal guitar by Raven Chacon; and a work that collaborates with numerous contemporary composers to deconstruct some of classical music’s most iconic pieces.

Called “superheroes of the new music world” (Boston Globe), JACK is one of the most highly-esteemed string quartets in chamber music today. They also represent one of the few ensembles to have earned a repeat visit to the Southern Exposure stage, having performed one of the series’ most memorable concerts in the spring of 2011. Since that time, JACK has been joined by two new members, cellist Jay Campbell and violinist Austin Wulliman, and continues to play worldwide to critical acclaim. Also committed to educating a new generation of composers and performers, the ensemble maintains close relationships with schools including Boston University, the University of Iowa, Columbia, Harvard and Stanford, among others.

JACK’s Southern Exposure show includes a work by one of their most famed collaborators, the acclaimed and controversial Austrian composer Georg Friedrich Haas, performed entirely in the dark (please leave your sun glasses at home).

Roomful of Teeth is a GRAMMY-winning vocal project dedicated to reimagining the expressive potential of the human voice, and whose members number some of the most versatile young singers in the country, including Pulitzer-winning composer Caroline Shaw.  Through study with masters from vocal traditions the world over, including Tuvan and Inuit throat singing, yodeling, Persian classical singing, Korean P’ansori, and Hindustani music, the eight-voice ensemble continually expands its vocabulary of singing techniques.

As part of an ongoing commissioning process, the Roomful of Teeth is forging a new vocal repertoire without borders.  The group’s Southern Exposure performance, a sampling of new works written for the ensemble, kicks off the 2019 College Music Society Summit, and is held in Johnson Performance Hall, Darla Moore School of Business (1014 Greene St). 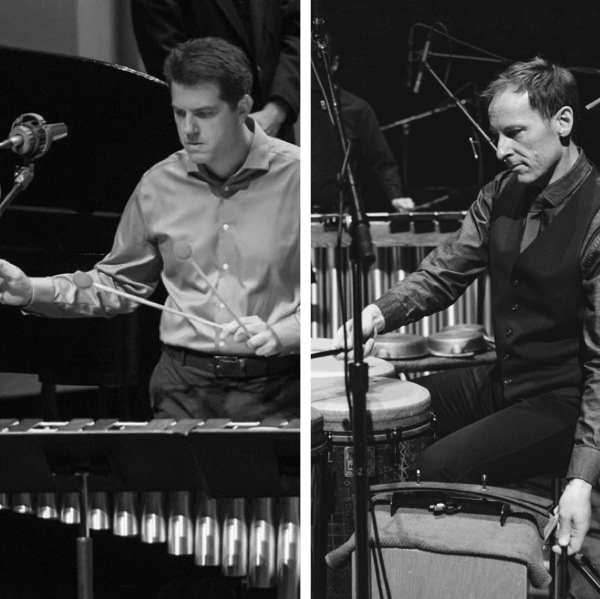