Robert Jesselson, the cello professor at the University of South Carolina School of Music, has been named Professor of the Year by the South Carolina Commission on Higher Education and the Office of the Governor.

Dr. Jesselson, a Carolina Distinguished Professor, brought the USC String Project to national prominence in 1981. As its director for 15 years, he built the program into one of the largest string teacher training programs in the country. USC String Project is now the model for 44 other string projects at universities across the nation.

This is the ninth time in the award’s 25-year history that a USC faculty member has won.

“I am honored and thrilled to have been chosen for this recognition, especially knowing how many wonderful and dedicated teachers there are at colleges and universities in this state. I am especially pleased to know that the arts are being recognized in this way as an important part of the fabric of society in South Carolina,” Jesselson says.

Jesselson, an actively performing cellist and teacher, is the recipient of multiple honors, including, the 1989 South Carolina Arts Commission Artist Fellowship, the 1992 Verner Award, the 1995 Mungo Teaching Award and the 2002 Cantey Award for Outstanding Faculty. Jesselson taught cello for 17 years the South Carolina Governor's School for the Arts.

Tayloe Harding, dean of the USC School of Music, says the faculty and staff are enthused and inspired by Jesselson’s accomplishments.

Bob Jesselson has long been an exemplary professor with as distinguished a record as pedagogue, scholar, performer and music advocate and champion as one could achieve. We are all truly advantaged and enriched by his work and his example.

The Professor of the Year award is handed out annually to a faculty member at a South Carolina public or private senior college or university, and to a faculty member at a public or private two-year institution. Those eligible for the award must be full-time faculty who have taught for at least four years. They also must have a record of outstanding teaching, student advisement and involvement in professional organizations.

This year’s winners will be formally recognized in March 2013, and will receive a citation presented during a ceremony and luncheon hosted by the governor’s office.

USC cello professor is awarded 2013 Professor of the Year by the Commission on Higher Education and the Office of the Governor. 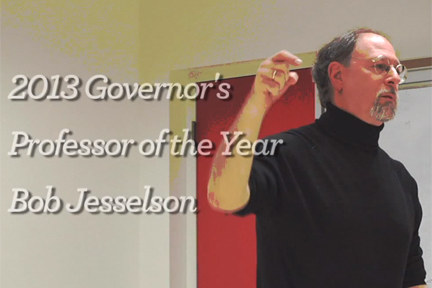 Hear what students and colleagues are saying about Dr. Jesselson. 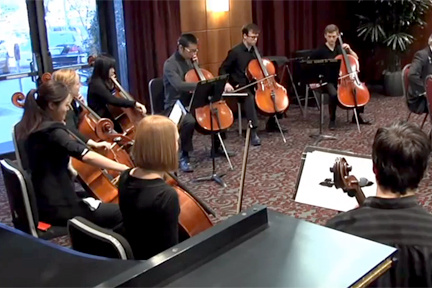