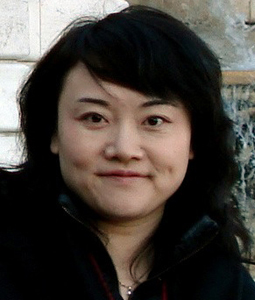 Fang's primary teachers include Steven Stucky and Roberto Sierra at Cornell Univ., where she obtained the Master of Fine Arts (MFA) degree and the Doctor of Musical Arts (DMA) degree. She was chosen to participate in the one-year Computer Music and Composition courses at IRCAM-Centre Pompidou, where she studied composition with Brian Ferneyhough, Jonathan Harvey, Yan Marez, and Tristan Murail. She also studied with Richard Toensing and Michael Theodore at the University of Colorado at Boulder. Before she moved to the United States, she obtained the Bachelor of Music degree from Beijing Central Conservatory of Music, where she studied with Du Ming-Xin and Ye Xiao-Gang.

MUS726 the Music of Lutoslawski

out the Composer Institute by Chris Roberts, featured on All Things Considered and State of the Arts