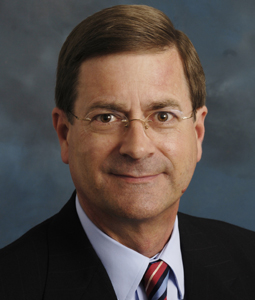 Andrew Gowan is a native of Jackson, Tennessee. His experiences include successful teaching in the schools of Bolivar, TN, the Briarcrest Schools of Memphis, TN, and Lander University in Greenwood, SC.

Dr. Gowan joined the School of Music faculty at the University of South Carolina in 1984 and has been involved with the marching and concert bands, music education and conducting classes, and woodwind instruction. He has served as a guest conductor, clinician and adjudicator of bands, orchestras, and choirs in more than a dozen states. His articles have appeared in the Instrumentalist and the Journal of Band Research, and his compositions and arrangements for woodwinds are published by Roncorp, Inc. As a professional saxophonist he has performed with such entertainers as Ray Charles, Lou Rawls, Johnny Mathis, Les Elgart, the Four Tops, and the Temptations.

Dr. Gowan is presently serving as Executive Associate Dean and Director of Graduate Studies in the USC School of Music.