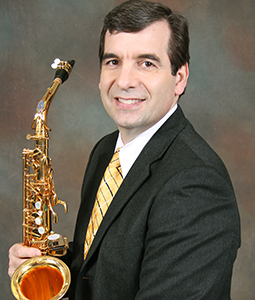 Leaman has performed concerts throughout the world and has released four critically acclaimed compact discs of works for saxophone and piano on the Equilibrium label. Leaman has also performed extensively with percussionist Scott Herring, giving concerts and masterclasses throughout the world since 2005 when they formed the RoseWind Duo. Their debut compact disc recording, Release, (EQ-92) features works for alto saxophone and marimba; and their subsequent recording Devils Garden/Angels Landing (EQ-161) features seven works written for and dedicated to the duo.

An avid supporter of contemporary music, Dr. Leaman has commissioned and given the world premiere performances of numerous works, including concertos by Pulitzer Prize-winning composers, Leslie Bassett, William Bolcom, and Michael Colgrass. His recording of the Bassett with the University of Michigan Symphony Orchestra is available through Equilibrium Records (EQ-63), and his recording of the Ingolf Dahl Concerto with the USC Wind Ensemble usnder the direction of Scott Weiss is available on the Summit label (DCD 702). Dr. Leaman is an artist-clinician for D’Addario and the Conn-Selmer Company, Inc. and performs exclusively on Selmer saxophones and D’Addario reeds.