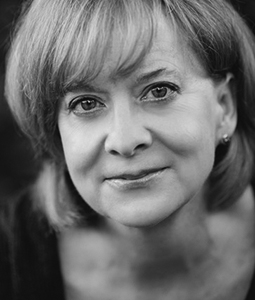 Professor of Music at the University of South Carolina, oboist Rebecca Schalk Nagel enjoys a varied career as a soloist, chamber and orchestral performer, teacher, and administrator.

Prof. Nagel has a strong interest in contemporary music and has premiered numerous works for oboe.  Along with colleagues Jennifer Parker-Harley and Mike Harley, in 2018 she commissioned composers Valerie Coleman and Jeff Scott of the Imani Winds to write two pieces commemorating the life and legacy of Richard Greener, the first African American faculty member at the University of South Carolina during the time of Reconstruction. In 2015,  she received a grant to commission five composers to compose new works reflecting on the music of J.S. Bach. The resulting multi-media program “Sun of Composers - Contemporary Composers Respond to J.S. Bach" featured works by Reginald Bain, Jesse Jones, Libby Larsen, Marc Mellits, and John Fitz Rogers. It can be viewed in its entirety here. Ms. Nagel's CD, "Synthetic Dances," an eclectic mix of music by Americans Libby Larsen, Allan Blank, John Valerio, and Dutch composer Hendrik Andriessen, was released in 2008 on the Centaur label.

Formerly principal oboist of the South Carolina Philharmonic, Ms. Nagel appeared with the Philharmonic as a soloist in Mozart's Concerto in C for Oboe, Krommer's Concerto in F, and J.S. Bach's Concerto in A for oboe d'amore and Concerto for Oboe and Violin. Her performance of the Mozart concerto was praised for its "cleanly articulated phrasing, special sense of lyric ease in the slow movement, and beguiling tone color throughout" by The State (Columbia, South Carolina).

As an outgrowth of her work in chamber music, Ms. Nagel explores new ways for School of Music students to engage with their communities. She created and is the director of the Spark Collective, a graduate chamber ensemble that focuses on community engagement and innovative performances. She has led new initiatives at the VA hospital and its Community Living Center, the Richland Library, Prisma Health Children’s Hospital, and Arden Elementary School, among others. Going beyond simply performing, these experiences help students develop skills ranging from public speaking to grant writing,  and connect young musicians to people of all ages and walks of life.

A 2001 recipient of the South Carolina Arts Commission Artist Fellowship, Ms. Nagel performs frequently with the Charleston Symphony, the Charlotte Symphony, and other professional organizations. She has performed across the United States and in Europe with the Bethlehem Bach Choir and the New York City Opera National Company. Ms. Nagel has performed at conferences of the International Double Reed Society, including concerts in Columbus, Georgia, Buenos Aires, Argentina, Austin, Texas, Greensboro, North Carolina and Tempe, Arizona. Ms. Nagel was a Fellow at the Tanglewood Music Center in Lenox, Massachusetts where she performed under conductors Leonard Bernstein, Seiji Ozawa, Oliver Knussen and Roger Norrington. She was a fellowship participant of the Sarasota Music Festival, the Bach Aria Festival and the Yale Chamber Music Festival.