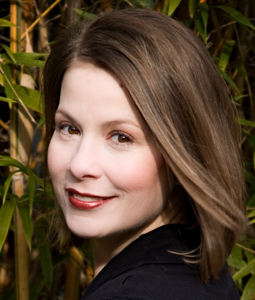 Active as a concert artist, soprano Tina Milhorn Stallard has performed solos in works such as Brahms’ “Ein Deutsches Requiem,” Haydn’s “The Creation,” Bach’s “St. John Passion,” Poulenc’s “Gloria” and Handel’s “Messiah.” In June 2011, she made her Lincoln Center debut as soprano soloist in Timothy Powell’s “Incarnation Mysteria.” As part of the cultural prelude to the 2008 Summer Olympics, Stallard performed the soprano solos in Vivaldi’s “Gloria” with the Shanghai Philharmonic Orchestra and members of the Beijing National Ballet Orchestra. She has also performed with the Cincinnati Chamber Orchestra, Lexington Philharmonic Orchestra, Johnson City Symphony, Louisville Orchestra, South Carolina Philharmonic Orchestra, Bowling Green Western Symphony and the University of Arkansas Orchestra.

Stallard won the Annemarie Gertz Prize in the national finals of The Artist Award Auditions of the National Association of Teachers of Singing, was district winner of the Metropolitan Opera National Council Auditions, semi-finalist of the Eleanor McCollum Competition sponsored by Houston Grand Opera, and winner of the Grace Moore Vocal Competition. She holds the Doctor of Musical Arts degree from the University of Cincinnati College-Conservatory of Music, and is an alumnus of the University of Kentucky (Haggin Fellow) and Belmont University (Presser Scholar). She is a student of master teachers Barbara Honn and Stephen King. She is professor of voice at the University of South Carolina, where she teaches applied voice and vocal pedagogy.