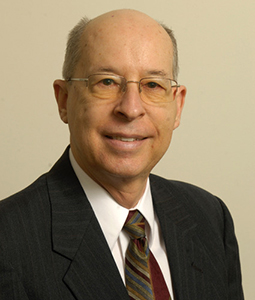 A native of Brownwood, Texas, William H. Bates earned the Bmus in organ and church music and the BA in music theory from Howard Payne University (1966), and both the Mmus and the Dmus in organ performance at Indiana University. During his performance career, Dr. Bates presented recitals and workshops for churches and AGO chapters throughout much of the United States and for a number of music conventions, including national meetings of the American Guild of Organists and the Organ Historical Society. He also played recitals in Europe, including those at Notre Dame Cathedral in Paris and King’s College in Cambridge, England. Critics were unanimous in their appraisal of Bates’s performances: “Expert command of the organ . . . Executes difficult compositions flawlessly” (Pensacola, Florida); “It was a highlight in several years of performance programming!  Such stunning musicianship” (Huntsville, Alabama); “A flawless performance” (Indianapolis, Indiana); “Bates demonstrated to a lively and enthusiastic audience that an organ recital can be an exhilarating as well as a musically rewarding experience” (Charlottesville, Virginia); “Dr. Bates’ memorized performance received a standing ovation” (The Diapason); “”Played with a technical ability seldom heard” (Tampa, Florida); “Virtuosity, perfection, and artistry” (Washington, D. C.); “William Bates’s recital of Liszt, Franck, Brahms and Reubke saw him thoroughly in his stylistic element giving his audience beautifully cohesive and virtuosic renditions” (The American Organist, reporting on his performance at the 1987 International Organ Festival in Redlands, CA).

For three years Dr. Bates taught organ principals at Indiana University before joining the music faculty of The University of West Florida. From there he went to the University of South Carolina, where from 1978 until his retirement in 2011 he taught organ and music history and also served as associate dean and director of graduate studies for the music school. Twice he was elected by university faculty to serve on the University Graduate Council, and twice that body elected him as chair. Additionally, he served as campus faculty advisor for InterVarsity Christian Fellow¬ship. Dr. Bates was called back to teach music history during the 2011–12 academic year, this boosting his teaching career to forty-six years. He also served a chair of the planning committee for the (then) new music building (located at 813 Assembly) and oversaw that facility’s construction.

Over his professional career, Dr. Bates contributed articles and reviews to The American Organist, The Diapason, The Journal of the American Liszt Society, and BACH: Journal of the Riemenschneider Bach Institute. Several of his choral works are available from Hinshaw Music (Chapel Hill, NC), and six organ collections have been printed by Concordia Publishing House. Most recently MorningStar Music Publishers has released his Sonata Breve, a three-movement work for organ that was commissioned for the 2013 Region IV Convention of the American Guild of Organists. In 2012 he was named a recipient of the Oswald Gleason Ragatz Distinguished Organist Alumnus Award by organ graduates of the internationally acclaimed Jacobs School of Music, Indiana University. The following year his undergraduate Alma Mater, Howard Payne University, recognized him as a Distinguished Alumnus. In addition to numerous volunteer activities, Dr. Bates continues to pursue research/publication venues and music composition. Presently (Fall 2018) he is completing a 2½-hour work entitled The Passion of Jesus of Nazareth and is also pursuing a long-delayed research project concerning the original sources of 18th-century organ music.