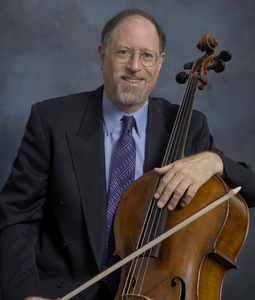 Dr. Jesselson has performed in recital and with orchestras in Europe, Asia, South America, and the United States, and has participated in the Music Festivals at Nice (France), Granada (Spain), Santiago (Spain), Aspen (CO), Spoleto (SC), the Grand Tetons (WY), and the Festival Inverno (Brazil). His performance degrees are from the Staatliche Hochschule fuer Musik in Freiburg, West Germany, from the Eastman School of Music, where he studied with Paul Katz, and the DMA from Rutgers where he studied with cellist Bernard Greenhouse. He has been principal cello of the South Carolina Philharmonic Orchestra, and the Orquesta-Sinfonica de Las Palmas, Spain. In 1983 Dr. Jesselson was in China for a six-month residency, one of the first Western cellists to visit that country. During that time he performed as soloist, gave master classes, and taught at several conservatories (including Beijing, Shanghai, and Canton). In December, 2001 he led a delegation of string players and teachers to Cuba to begin professional contact with Cuban musicians. He has also taught at Sookmyung University in Korea, Sun Yat Sen University in Taiwan, University of Auckland in New Zealand, at the Royal College of Music in London and recently in St. Lucia in the Caribbean. His recent CD of new music for cello and piano is called “Carolina Cellobration” and is available on CD Baby.

Dr. Jesselson was the national President of ASTA, the American String Teachers Association, from 2000-2002. During his tenure as president he initiated the National Studio Teachers Forums (2000 and 2002), started the National String Project Consortium (with sites now at 44 universities and grants of $3.1 million), and began the planning for the first stand-alone ASTA national convention in 2003. He was the founding Executive Director of the National String Project Consortium, and is currently on the NSPC Board.

Dr. Jesselson is former conductor of the USC University Orchestra and the Columbia Youth Orchestra, and he was the cello teacher at the S.C. Governor’s School for the Arts for 17 years. For 15 years he was the director of the USC String Project, building the program into one of the largest and most prominent string education programs in the country. His pioneering work on this program was recognized in an article in the New York Times in December, 2003. ASTA awarded him the “Marvin Rabin Community Service” Award in 2009 for his work with the NSPC and teacher training. He is the recipient of the 2010 Mungo Distinguished Professor of the Year, the highest teaching award given by USC. He has also been awarded the 2002 Cantey Award for Outstanding Faculty, the 1992 Verner Award, the 1989 S.C. Arts Commission Artist Fellowship, the 1995 Mungo Teaching Award, and the first SC ASTA Studio Teacher Award in 2005.

He plays a 1716 Jacques Boquay cello. 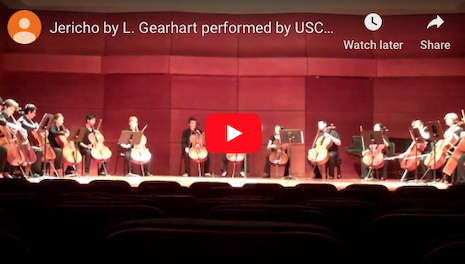 performed by the 2011 USC Cello Choir 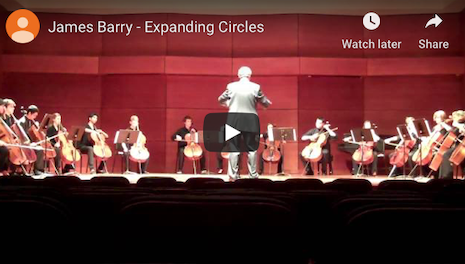 Performed by the 2011 USC Cello Choir