Fran Butterfoss didn’t know it at the time, but she spent the first 15 years of her professional career prepping for what would be her true calling: empowering public health coalitions. By 39, she had already earned bachelor’s (Nursing) and master’s (Education) degrees from the University of Pennsylvania and then served in various professional roles.

Moving often to support her husband’s training and assignments as an orthodontist with the U.S. Army, Butterfoss worked as a public health nurse in Massachusetts, community nurse in New Jersey, and head nurse at a field hospital in Germany while her family was stationed in those locations. In between those stops, she taught secondary science at an alternative school in Pennsylvania and did volunteer work in both Italy and Germany. Then, the Butterfoss family moved to Fort Jackson in South Carolina.

For the first time, Butterfoss, who had been hired at a large public high school in the Columbia area, had little flexibility with regard to how she ran her classes and science labs—even how she engaged her students. “If I’m going to do something different, I need to do it now,” she remembers thinking. It was time to find the career that had been waiting for her all along.

What I loved, and what I still love, about the Arnold School is that there was a lot of leeway… an understanding that older adult learners have different life experiences—and they welcomed that.

“I had always thought I’d go back and get my Ph.D. someday, maybe in education because I liked working with adolescents and helping them avoid risky behaviors,” she says. Then, she met someone in the Arnold School’s (though it was simply the School of Public Health at the time, in 1989) Department of Public Health Promotion and Behavior (now known as Health Promotion, Education, and Behavior) who was enrolled in the doctoral program that the School was beginning to grow.

“She talked to me about the program, and I had an epiphany,” says Butterfoss. “I realized that everything I was interested in—pregnancy prevention, bullying, substance abuse, etc.— was public health! It was so exciting for me because I would be able to take my interest in clinical health promotion and combine it with my passion for education to make an even bigger impact than I would working with students one-on-one.”

After an interview with then-chair John Ureda, Butterfoss was welcomed into the program and joined a cohort of five other doctoral students. “I was one of the happiest students to be back in school—like a kid in kindergarten,” she says. However, Butterfoss initially felt behind because unlike her classmates, it had been 15 years since she last read journal articles and kept up with the volume of reading that accompanies graduate programs. Her reservations didn’t last.

“What I loved, and what I still love, about the Arnold School is that there was a lot of leeway… an understanding that older adult learners have different life experiences—and they welcomed that,” says Butterfoss. “Especially in public health, where you are dealing with diverse audiences and reaching different sectors of the population, it’s very helpful to have varied and rich perspectives. The Arnold School recognized and valued those perspectives.”

My goal is to help the recipients pursue their research interests...it can further scholarly work and relieve some of the stress, cost and time of getting a degree.

As Butterfoss began to dig into her program of study, she was particularly inspired by then-Professor Robert Goodman’s courses on community organizing and program evaluation. Noting her interest, Goodman approached Butterfoss about working with him on a grant from the Robert Wood Johnson Foundation to prevent substance abuse. When Goodman asked her what she wanted to study for her dissertation research, Butterfoss mentioned risk behaviors.

His response caught Butterfoss off guard, but it significantly influenced her thinking and her career. “He said, ‘Anyone can focus on a topic like that. Instead, think of a unique field of study that would apply across disciplines, issues, and settings. For example, how do we translate the process of coalition building from social work and community organizing into public health. Now, that would be groundbreaking,’” she remembers. Butterfoss’ initial reaction was that the topic wasn’t directly related to health, but after reading the stack of articles that he recommended, that was it for her. She was hooked.

“The other piece of advice I remember from him was that I needed to find my niche—to not be a generalist and float from topic to topic,” she says. “I’ve given that advice to many graduate students since then. Specialize in something you’re passionate about and then find ways to grow that.”

Butterfoss has not only passed on these words, she’s lived them. After graduating from the Arnold School with a Ph.D. in Public Health Promotion and Education in 1993, she moved to Virginia and accepted a faculty position with the Department of Pediatrics at East Virginia Medical School (EVMS) where she continued to foster her coalition building and community partnerships expertise. It was during this time that Butterfoss founded and served as President of EVMS’ Delta Omega Chapter (2001-2003) and was named the inaugural recipient of the Norman J. Arnold Alumni Medal (2006). After sixteen years in academia and an endowed professor, however, it was time for her to grow her work even further.

“In public health, we have the power to lift people up and remove barriers. We need a whole army of researchers and practitioners to do that.

In founding her consulting group, Coalitions Work, Butterfoss aimed to work directly with public health and community health, to innovate further, to build her team, to extend her reach, to make a bigger impact. And she has.

With clients such as the Alliance for a Healthier South Carolina, Centers for Disease Control and Prevention and the American Cancer Society, Butterfoss and her team have taught countless public health coalitions and partnerships—across the country and at all levels—to build and sustain community change efforts (Butterfoss is pictured above, third from right, with coalition builders in Dallas last year). Their work (i.e., training and technical assistance) empowers these groups by building capacity and enhancing their ability to effect positive changes in the health of the communities they serve. She also has reached public health educators and advocates through her books, Coalitions and Partnerships in Community Health and Ignite! Getting Your Community Coalition ‘Fired Up’ For Change.

Coalitions Work has been successful and influential since Butterfoss, who serves as President, established it in 2008. In 2015, Coalitions Work received the Yorktown Distinguished Business Award in Education, and in 2016, she received the Lillian Sholtis Brunner Alumni Award for Innovation from the University of Pennsylvania. Over the years, Butterfoss has served as President of the Society for Public Health Education (SOPHE) and earned its Program Excellence, Mentor, and Distinguished Fellow awards.

Our program offers the latitude to collaborate with others and take courses outside of one’s department and school to create a custom degree. And that’s something really unique about our university.

Always committed to donating their time and resources to their community and the organizations they are passionate about, Butterfoss and her husband recently decided the time was right to increase their generosity toward her doctoral alma mater. The Butterfoss Community Research Endowment Fund was established with an initial $25,000 donation from Butterfoss and supports the advanced community-based research efforts of top Health Promotion, Education, and Behavior departmental graduate students. She was inspired to designate her donation to provide aid to graduate students because she remembers how financially difficult that time was for her and has noticed how tight funding opportunities and competition are now.

“My goal is to help the recipients pursue their research interests,” says Butterfoss, who hopes that she and other potential donors will be able to grow the endowment even further with additional contributions. “The scholarship might be the extra jumpstart to get materials, develop a new tool, or buy computer applications. Overall, it can further scholarly work and relieve some of the stress, cost and time of getting a degree.”

She also is passionate about the type of work that this endowment will support. “The name will help people keep in mind that this is about helping all of our communities thrive. Help reduce disparities and promote health equity,” Butterfoss says. “In public health, we have the power to lift people up and remove barriers. We need a whole army of researchers and practitioners to do that.”

If you have a good foundation and laser-like focus, you can build a fulfilling public health career in many settings by being adaptable...your program will help you develop your skill set and a new way of looking at the world.

Besides it being her alma mater, Butterfoss chose the Arnold School for her generosity simply because she believes in it. “In addition to its support of my background and experience, it provided a very flexible program,” she says. “I’ve compared the Arnold School to other schools of public health. Our program offers the latitude to collaborate with others and take courses outside of one’s department and school to create a custom degree. And that’s something really unique about our university.”

Butterfoss believes in the value of the education and experience that the Arnold School provides. “If you have a good foundation and laser-like focus, you can build a fulfilling public health career in many settings by being adaptable,” she says. “Your program will help you develop your skill set and a new way of looking at the world.” And that’s something really unique about the Arnold School. 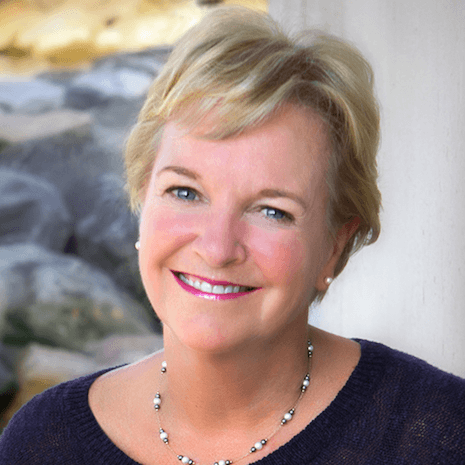 Fran Butterfoss earned a Ph.D. from the Arnold School in 1993 and is the founder and president of Coalitions Work. Her recent gift to establish the Butterfoss Community Research Endowment Fund will support and advance the community-based research efforts of HPEB graduate students.