I Am Public Health: Robert Meske

Robert Meske has lived in Michigan for most of his life, and he works full time. But that didn’t stop him from earning a Master of Public Health (MPH) degree from the Arnold School over the past two years. Currently the Director of Fitness & Wellness at the Liberty Athletic Club in Ann Arbor, Mich., Meske has amassed more than a decade of experience in the health and fitness industry since he earned an undergraduate degree in political science from Albion College.

“I originally intended to become a lawyer, but during my gap year following graduation I discovered the tremendous power of exercise, both mentally and physically,” he says. “Exercise changed my life, and I knew I wanted to have a career in promoting its benefits.”

His dedication to the field led him to pursue a master’s degree. His experience in the field made him a perfect candidate for the Arnold School’s MPH Professional Online Program. “Once I decided to pursue my MPH, I needed a school that had an accredited and well-respected public health program that was also 100 percent online,” Meske says. “I work 40-50 hours per week, and I simply couldn’t attend a traditional graduate program at this stage in my life.”

Once I decided to pursue my MPH, I needed a school that had an accredited and well-respected public health program that was also 100 percent online.

Designed for health practitioners and professionals, this program is offered by the Arnold School’s Department of Health Promotion, Education, and Behavior (HPEB) and provides a completely online, asynchronous format. Working professionals earn an MPH degree within 24-26 months of continuous study, acquiring a diverse set of interdisciplinary skills that they can apply directly to their work.

Meske didn’t wait until graduation to make an impact. He began applying what he’d learned shortly after enrolling in his program of study. Already experienced in developing successful health and wellness programs, Meske integrated a goal sheet into an annual fitness/weight loss initiative known as Transformation Challenge shortly after learning about SMART (Specific Measurable Achievable Realistic Time-based) goal setting and self-efficacy concepts of behavior change through his Planning Health Promotion Programs and Concepts & Methods in Health Promotion courses. The goal sheets, which are point-based and grounded in the American College of Sports Medicine guidelines for physical activity, ended up being a very effective and popular component of the program.

He also designed the program using a pre/posttest design to measure changes in body weight, body composition, flexibility, muscular endurance and cardiovascular fitness. “We put about 100 people through the program each year and see about an 80 percent retention rate from pre to post tests and see some really significant changes in health and fitness markers,” he says. “This is by no means a scientific experiment; however, I believe it is a great example of finding a way of using evidence-based practice in the private sector.”

I wanted a way of not only expanding my own knowledge for promoting health behavior, but also to share that knowledge with those I work with and lead.

The program’s emphasis on incorporating science into practice is one of the many reasons Meske chose the Arnold School for his graduate degree. Other benefits that stand out for Meske include the population-level approach, leadership development, and dissemination focus. “I realized that although I had been successful at small, individual levels of behavior change, my goal has always been to promote health for as many people as possible,” he says. “I wanted a way of not only expanding my own knowledge for promoting health behavior, but also to share that knowledge with those I work with and lead.”

While Meske’s primary focus is on physical activity promotion, his master’s program also introduced him to other aspects of public health, such as tobacco cessation and how socio-economic status (SES) affects health behaviors. “During my practicum experience I worked on a tobacco cessation program for a large health care system in Michigan,” he says. “When meeting with doctors and allied health care providers from low SES areas, I established a much deeper appreciation for the challenges of promoting any type of health behavior in low SES groups and communities.”

His practicum experience had other unexpected benefits for Meske as well, such as gaining experience in translating evidence-based research by developing health-related podcasts (e.g., provider education on lung cancer screening; patient counseling on tobacco cessation) and finding an important mentor in practicum site preceptor Vita McCabe. “Dr. McCabe exposed me to the healthcare side of health promotion and all of the challenges that come with it, but she also served as a great leader who trusts her team,” Meske says. “One of the ways she influenced me the most has been a greater appreciation for all areas of health promotion and a deeper understand of my own. There are just so many different ways to improve quality of life; and although my career has been mostly focused on physical activity promotion, I really look forward to using my experience for promoting health in any way possible.”

There are just so many different ways to improve quality of life; and although my career has been mostly focused on physical activity promotion, I really look forward to using my experience for promoting health in any way possible.

Armed with his professional experience and his Arnold School education, Meske feels prepared to make a difference in the field of public health. Though it was a big commitment, he was able to complete the program in 24 months while working full time, thanks to support at work and home. He also believes his experience played a major role in helping him get the most out of his program.

“I think some practical experience in health promotion before enrolling was a great asset to me,” says Meske. “I would suggest anyone considering this type of degree to participate in some type of health promotion effort before enrolling. For me, seeing the challenges of the fitness industry to help its customers achieve substantial, long-term changes in health provided significant motivation for me to learn as much as possible during my time at USC.” 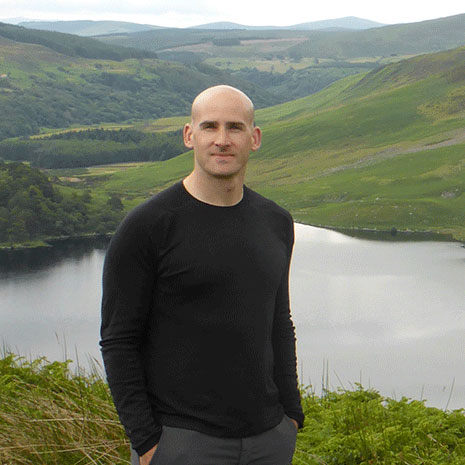