Health Promotion, Education and Behavior (HPEB) Professor and SmartState Endowed Chair for Clinical Translational Research Xiaoming Li will serve as the director for the Analytic Core of a nationwide research program, which has been funded with a $15.7 million grant from the Eunice Kennedy Shriver National Institute of Child Health and Human Development (NICHD).  The five-year award will establish “Scale it Up: Effectiveness-Implementation Research to Enhance HIV-Related Self-Management Among Youth” (1U19HD089875-01)—a research program aimed at the development and assessment of effectiveness of theoretically and developmentally sound interventions focused on improving self-management among HIV-positive and at-risk youth between the ages of 13 through 24. The funding is part of a national research network, Adolescent Medicine Trials Network for HIV/AIDS Interventions (ATN), which is devoted to the health and well-being of adolescents and young adults who have HIV or are at risk for HIV infection.

Li’s Analytic Core, along with a Management Core and an Implementation Science Core, will provide support to three R01 research projects within the Scale it Up initiative: 1) training providers at HIV clinics to utilize motivational interviewing to promote self-management among HIV-positive and at-risk youth (led by Sylvie Naar at Wayne State University); 2) implementing the Young Men’s Health Project intervention to reduce sexual risk and substance abuse among HIV-negative and bisexual men (led by Jeffrey Parsons at City University of New York (CUNY) Hunter College); 3) implementing a text message and cellphone support intervention to promote medication adherence among HIV-positive youth (led by Marvin Belzer of Children’s Hospital of Los Angeles and Karen MacDonell of Wayne State University).

“The HIV epidemic in youth is an urgent public health issue in the United States,” says Li. “It is estimated that more than 25 percent of all new HIV infections in the U.S. occur in youth, especially among ethnic and racial minorities and young men who have sex with men; however, the HIV treatment outcomes are suboptimal among this group nationwide: less than 40 percent of the infected youth are aware of their infection, 25 percent of them are linked to care, 11 percent are retained in care, and only six percent achieved viral suppression. The main goals of the ATN are to increase the numbers in each segment of the HIV treatment cascade to 95 percent and to bend the infection rate curve downward toward zero through the efforts of this network.” 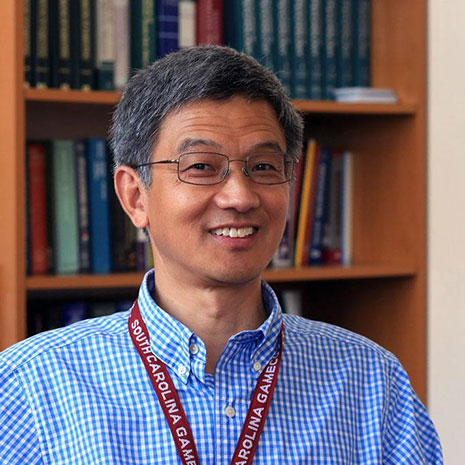 HPEB Professor Xiaoming Li will direct the Analytic Core for the $15.7 million nationwide project, Scale it Up: Effectiveness-Implementation Research to Enhance HIV-Related Self-Management Among Youth.