A team* of scientists from across the country, including four Arnold School researchers, has found that sleep disorders among United States Veterans increased by 600 percent over an 11-year period (July of 2000 to June of 2010). The study, which was supported by a grant from the Department of Veterans Affairs (Office of Research and Development, Health Services Research and Development Office (PPO 09-246)), was published in the journal, Sleep.

The six-fold increase was observed in a sample of just under 9.8 million U.S. Veterans seeking care in Veterans Health Administration facilities. The largest increases were identified among those with post-traumatic stress disorder (PTSD), other mental disorders, or combat experience. Veterans with cardiovascular disease, cancer, or other chronic diseases also experienced higher rates of sleep disorder diagnoses relative to those without those conditions.

Veterans with PTSD had the highest sleep disorder prevalence (16 percent). “It also is remarkable to note that PTSD prevalence increased three-fold over the 11-year study period,” says principal investigator Jim Burch, who is an Associate Professor in the Arnold School’s Department of Epidemiology and Biostatistics (EPID/BIOS) and a Health Science Specialist at the WJB Dorn Department of Veterans Affairs Medical Center. “Sleep disorders were three to four times more prevalent among Veterans with PTSD relative to those without PTSD.”

Inadequate sleep has been associated with a wide range of adverse health outcomes, including an increased risk of chronic diseases such as heart disease and cancer, psychiatric disorders, reduced quality of life, and increased mortality.

The current study design does not definitively prove that PTSD caused the increase in sleep disorder diagnoses. However, the authors recently completed a follow-up study (not yet published) that demonstrated an association between a pre-existing history of PTSD and increased odds of sleep disorder onset.

Not surprisingly, increased prevalence of sleep disorders among Veterans can result in numerous health issues. “Sleep is considered a physiological necessity,” explains Burch, who notes that the trajectory of the sleep disorder diagnoses observed in their study suggests a continuation beyond 2010. “Inadequate sleep has been associated with a wide range of adverse health outcomes, including an increased risk of chronic diseases such as heart disease and cancer, psychiatric disorders, reduced quality of life, and increased mortality.”

These trends and their implications suggest a growing need for adequate sleep disorder management and health care planning for Veterans moving forward. “Our current research is examining a non-pharmacological method for improving sleep (i.e., HRV biofeedback),” Burch says. “This intervention also will be evaluated for its ability to ameliorate pain, stress, fatigue, and depression among Veterans, which are all strongly associated with poor sleep.”

Sleep disorders were three to four times more prevalent among Veterans with PTSD relative to those without PTSD.

Over 21 million Veterans live in the U.S., and nearly nine million of them receive healthcare through the Veterans Health Administration, which is the largest integrated healthcare system in the U.S. The military population is particularly vulnerable to sleep disturbances due to their work schedules, living conditions, and other physical and psychological factors that accompany their jobs.

However, previous studies have not adequately described the scope and characteristics of sleep disorders and their resulting adverse health outcomes. “The findings of Alexander et al. point to a unique opportunity for VA to improve quality of care and quality of life for those who have served,” states Jennifer Martin in a commentary on the value of the authors’ study and the potential enhancements it could lead to in terms of Veterans’ care.

Melannie Alexander, an August graduate of the University of South Carolina’s Ph.D. program in epidemiology and lead author on the study, became interested sleep disorders after her father was diagnosed with sleep apnea, which happens to be the most common sleep disorder among Veterans (47 percent). She had already been researching the connection between the genes involved in circadian rhythms and precancerous lesions in the colon when Burch invited her to collaborate on the National Veteran Sleep Disorder Study.

Now Alexander is already applying what she’s learned through her Arnold School program to her new role as a Research Associate and Postdoctoral Fellow at the Uniformed Services University of Health Sciences. “I’m working with active duty populations now,” she says. “Long term, I would love to continue my work with military service members and Veterans as a professor at a university where I could focus on sleep, genes related to sleep, and adverse health outcomes such as cancer.” 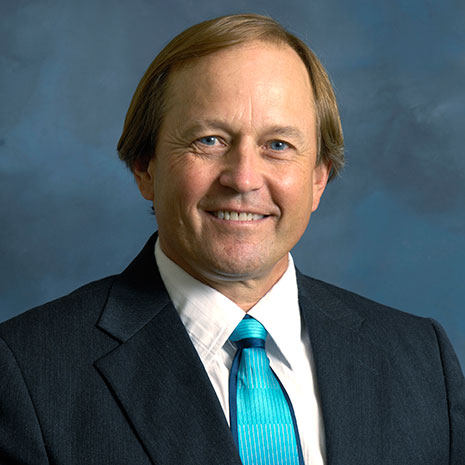 Associate Professor Jim Burch is the principal investigator on a grant from the Department of Veterans, which funded the study on Veterans' sleep disorders.