Doctoral candidates Dana AlHasan (epidemiology) and Karim Johari (communication sciences and disorders) have been named Graduate Scholars in Aging. Supported by the generosity of Norman and Gerry Sue Arnold, the Graduate Scholar in Aging Research Awards Program identifies up to two outstanding graduate students annually who exemplify the highest standards of scholarship focused on aging.

Each student is awarded $1,000 to be used toward professional development activities and expenses including resources and supplies for data collection and analysis, travel and registration at national or international conferences where research is presented on this topic, professional workshops, or other continuing education/training opportunities of importance to aging research. The scholars also have the opportunity to engage in research activities with the Office for the Study of Aging and participate as a scholar with the South Carolina Healthy Brain Research Network.

Their work will be a valuable contribution to the field and will reflect the vision of the Arnolds in supporting innovative aging research.

-Lee Pearson, Office for the Study of Aging

“The Graduate Scholar in Aging Research Awards allow the Arnold School to foster interest in aging research and support the important work of inspiring students like Dana and Karim,” says associate dean of operations and accreditation Lee Pearson, who also co-directs the Office for the Study of Aging with health promotion, education, and behavior chair South Carolina Healthy Brain Research Network principal investigator Daniela Friedman. “Their work will be a valuable contribution to the field and will reflect the vision of the Arnolds in supporting innovative aging research.”

AlHasan identifies Palestine as her homeland even though she’s never been there. Her family, along with hundreds of thousands of other refugees, fled the country decades ago and can never return. “My identity and where I’m from has shaped a big part of who I am,” she says. “Because we can’t go back, education and attaining knowledge has become one of the most important goals for my family.”

Growing up in Saudi Arabia and Texas, AlHasan began to make some observations about public health. “My mom worked as a diabetes educator in Saudi Arabia, which is a fairly wealthy, developed country, and she would explain to me the increasing trends in Type II diabetes and other adverse health outcomes that are partially associated with access to refined sugars and other lifestyle shifts,” she says. “I realized that so much of this can be prevented, and we can save so much money, time and resources by tackling macro-level upstream factors, such as access to food and where you live.”

With these goals in mind, AlHasan earned bachelor’s (biology) and master’s (public health-epidemiology) degrees at the University of Texas at Austin and the University of Texas School of Public Health, respectively. She then began her doctoral program in the Arnold School’s epidemiology and biostatistics department—choosing it due to the program’s reputation for being rigorous and challenging.

Now at the dissertation stage of her program, AlHasan has found her niche: social and spatial epidemiology. Her research focuses on neighborhoods, assessing how where someone lives impacts health, access to food, physical activity, and other factors. She’s particularly interested in how neighborhood design can have a specific impact on older adults, who are more vulnerable to environmental factors such as proximity to grocery stores and healthcare services, especially if they are no longer driving.

“There is so much literature looking at how neighborhoods affect health,” says AlHasan, who also  recently received a 2017 Alzheimer's Disease and Public Health Scholarship for Graduate Students from the Alzheimer’s Association. “But we need to look at the effects on the older adult population. It’s important to help this understudied population because they are vulnerable and also because this age group is projected to increase rapidly.”

Another goal for AlHasan is to translate her research into interdisciplinary fields so that other professions, such as urban planners and policy makers, can use this information to bring about positive health changes for older populations. Long term, she’d like to work for a group like the World Health Organization in the Middle East because of the public health needs and field work opportunities there.

They are highly inquisitive, and I have no doubts their research will not only have global implications but also, in the long run, help the residents of South Carolina.

Johari is also from the Middle East. The Iranian scientist is an emerging expert in neurogenics, particularly the neural basis of speech and movement deficits in neurodegenerative disorders such as Parkinson’s disease.

He first became interested in how healthy vs. damaged or dysfunctional brains work while studying speech therapy during his bachelor’s and master’s degree programs at Tehran University of Medical Sciences. He learned even more about how stroke or neurodegenerative disorders affect individuals’ ability to walk or talk through his professional career.

Johari worked as a researcher in a functional neurosurgery center and a held a faculty appointment in speech and language pathology at Tabriz University of Medical Sciences, where he directed the Movement and Cognitive Disorder Research Lab. In those roles, Johari studied Parkinson’s disease for five years. Though he had learned a tremendous amount about the mysterious disease during that time, he knew that a doctoral degree would be essential to advancing his work.

At the Arnold School, Johari found a second home in the department of communication sciences and disorders, which boasted not only a core of neurogenics experts but also the Speech Neuroscience Lab. Led by Johari’s mentor, assistant professor Roozbeh Behroozmand, the Lab utilizes advanced neuroscience techniques such as electroencephalography for looking at human brain activity during movement and applying neurostimulation for movement rehabilitation in neurological patients.

With onset usually occurring around age 60, Parkinson’s disease research is an important area of aging-related research. Johari has been examining the neural basis of speech production and hand movement impairment in Parkinson’s disease and normal aging.  (i.e., those who are aging without major neurological conditions).

Johari and his mentor recently completed two studies on speech and hand movement functions in people with Parkinson's disease and healthy aged people. Their findings have provided new insights into the neural basis of movement impairments in Parkinson's disease and diminished motor functions in elderly people. The next step will involve validating the usage of transcranial direct current stimulation to improve speech production and hand movement in both patients and normal aged people.

“I was motivated by speech and hand movement dysfunctions in the normal and pathological aging groups, and so I applied for the award to take this work further,” says Johari. “Developing new therapeutic methods for speech production and hand movement functions in patients with Parkinson's disease and healthy aged people is critical to healthy aging research.”

“Dana and Karim exemplify the kinds of students we have in the Arnold School,” says SmartState Endowed Chair of Memory and Brain Function Julius Fridriksson, who leads the Center for the Study of Aphasia Recovery and the Arnold Brain Fitness Initiative of the Gerry Sue and Norman J. Arnold Institute on Aging. “They are highly inquisitive, and I have no doubts their research will not only have global implications but also, in the long run, help the residents of South Carolina. We are lucky to have such strong students who are passionate about aging research.” 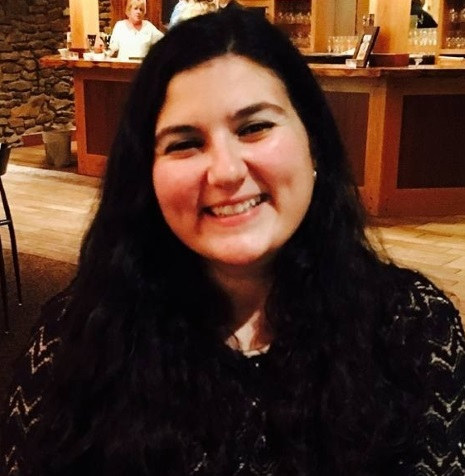 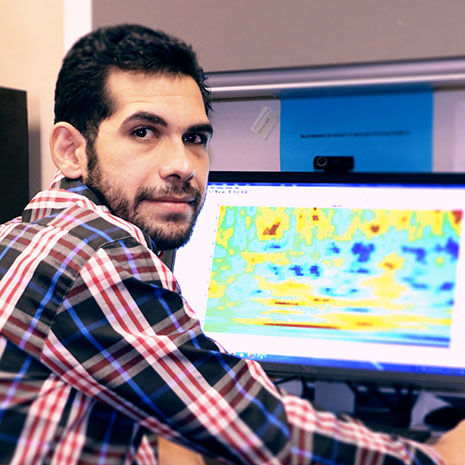