Since its inception in 1975, the Arnold School of Public Health has grown both steadily and in leaps and bounds. While there are hundreds, if not thousands, who have contributed to the School’s success, there are only a handful of people who have been absolutely essential over the past four decades. Dorothy Byrden is one of these people.

Byrden arrived on the scene in 1979—just four years after the School was established. Her parents, who worked in the logging and food service industries outside Sumter, South Carolina, encouraged Byrden’s career goals. They also taught her to always find her home in church, establishing a foundation of faith and service that would prepare her for the two most important roles in her life: mother to 22-year-old daughter Regan and wife to Reverend Reginald Byrden.

For her third role, Byrden’s professional career, UofSC was a natural choice for the aspiring business student. “Since accounting was my passion and I knew USC had one of the best business schools, I knew a degree from the USC Business School would be a great asset to my career,” she says.

In 1979, the Arnold School was still in its infancy—a small, close-knit group sharing space with the College of Nursing. Byrden was a work-study student who, in a stroke of good fortune unbeknownst to either party, was matched with the School in what would become a 38-year partnership.

Though often hidden behind the scenes, the lifeline of any organization—or school in this case—is proper management of funds.

Byrden supported the School through her student role until she graduated in December of 1982. The next month, an accounting technician position opened up. Dean Emerita Winona Vernberg, who was serving her 18-year tenure of influential leadership at the time, encouraged Byrden to apply.

“Though often hidden behind the scenes, the lifeline of any organization—or school in this case—is proper management of funds,” says Byrden. “Making sure funds are spent according to state and federal guidelines is essential because poor management is a negative reflection on the school.”

In addition to helping the Arnold School grow from 34 students in 1975 to over 3,000 today and from seven initial faculty members to 155, Byrden shepherded the School through changes in budget management systems and processes—including the digitalization of her everyday work. “Going from managing the budgets using month-old data to now being able to see what happened in your account last night just stands out in my mind,” she says.

After being in this role for many years, which I have enjoyed immensely, this is a very good time to step aside and allow someone new to come in and take the School into the future as the Arnold School continues to grow.

As for her beloved School, Byrden is grateful to have been there for many milestones, including the School’s 10th, 20th, 30th, and 40th anniversaries. “The memories span 38 years of continuous growth with each year getting better,” says. Byrden. “I will be forever grateful to Dr. Vernberg, who afforded me the opportunity to start my professional career in School of Public Health, and to all of the other deans, Dr. Harris Pastides, Dr. Donna Richter and Dr. Thomas Chandler, for making my tenure possible as the financial manager for the Arnold School resources.”

“Dorothy Byrden and I have been working closely together since 1997 when I was a beginning department chair completely in the dark about how USC finances operated, and then again in 2007 as a new interim dean struggling to dig the School out of a several million dollar deficit,” says Dean Thomas Chandler regarding Byrden’s extensive service to the Arnold School. “I don’t know where the Arnold School would be today without Dorothy’s wisdom, patience and abundant goodwill toward others. Her attention to detail and steadfast monitoring of accounts have placed the Arnold School in a position of very strong financial health today. That makes my job so much easier than in 2007. But, you know, what I will miss most about Dorothy Byrden is her always positive outlook on life and her remarkably beautiful smile. She is always smiling.”

In December, Byrden will retire from the role she has held for nearly four decades. “First and foremost, I plan to take some time to rest from the everyday working life,” she says. “I may do some traveling and just take time looking forward to the future to see what God has for my life.” She expects she will spend even more time with the new ministry, Grace Fellowship Church of Columbia, that she and her husband have established.

“After being in this role for many years, which I have enjoyed immensely, this is a very good time to step aside and allow someone new to come in and take the School into the future as the Arnold School continues to grow,” Byrden says. “New management skills and ideas will only be an asset to the School.”

I don’t know where the Arnold School would be today without Dorothy’s wisdom, patience and abundant goodwill toward others.

Already an alumna of the Aiken campus’s interdisciplinary studies program, Besley began her 22-year tenure with Aiken in 1995 as a fiscal technician. After five years in that role, she moved up to become the budget and special projects coordinator. In 2007, Besley was promoted to budget manager, and later budget director, for the entire campus, administering and implementing all aspects for fiscal management and analysis with a $60 million annual budget.

For Besley, the move to the Arnold School presents opportunities to experience new challenges and align her work with her personal interests. In addition to antiquing and gardening, she has been an active volunteer with the American Heart Association and child advocacy groups for many years.

When you’re in a setting such as the Arnold School, you feel like you’ll be making a difference.

“This role is an excellent fit because I’m already familiar with many of the USC processes and systems, but I will still have a chance to grow and learn,” Besley says. “Public health fits with the things I’m passionate about, so it’s a great opportunity to work alongside individuals who are discovering ways to help others. When you’re in a setting such as the Arnold School, you feel like you’ll be making a difference.”

During their two-month overlap, Byrden will impart both training and advice as Besley takes over the role of budget manager for the Arnold School. “First, I have to pass on to her my favorite scripture,” says Byrden. “Trust in the Lord with all your heart and lean not to your own understanding, in all thy ways acknowledge Him, and He will direct your path, Prov. 3: 5-6.”

“I would also say, be yourself and enjoy the wonderful work environment at the Arnold School,” adds Byrden. “Under the leadership of Dr. Chandler, as dean, and Dr. Pearson, as associate dean for operations, I only see the Arnold School reaching higher heights. On that note, I can only say, stay the course and see the fruit of your labor come to pass.”

History of the Arnold School 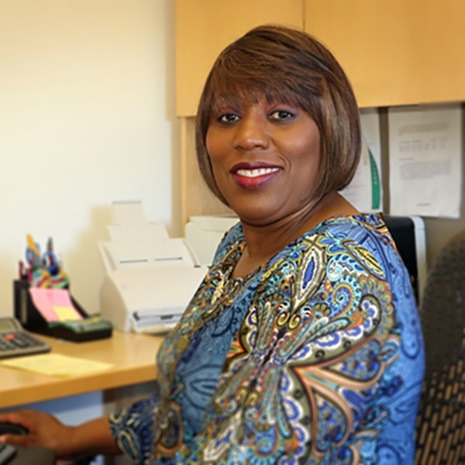 After 38 years serving in various financial management roles with the Arnold School, Dorothy Byrden will retire in December of this year. 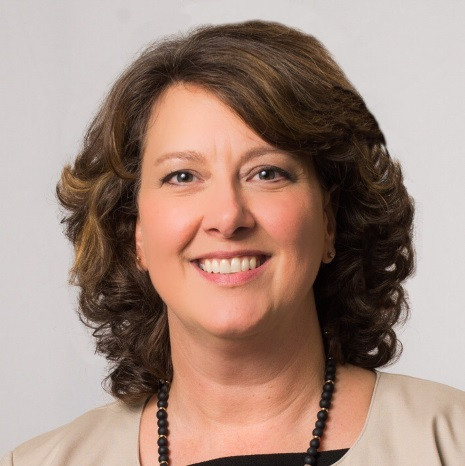 Sandy Besley joins the Arnold School from USC Aiken on November 1 to take on the role of budget manager for the School.