December graduate to use public health as foundation for dental career

Kristen Urban fell in love with the Carolinas when traveling from her family’s home base in Southbury, Connecticut to vacation in Folly Beach, South Carolina and the Outer Banks—making her decision to attend UofSC an easy one. The December graduate (major: B.S. in public health, minor: chemistry) will attend dental school next fall, but after six acceptances and one more interview to go, the only question that remains is which school she will choose.

“I have a very medically focused family,” says Urban, whose sister is a dermatologist, brother is a pharmacist and mother is a nurse. “No one had explored dentistry and the unknown drove my interest to explore the field.”

She chose public health as a major because the field perfectly exemplified the areas she wanted to study. It aligned well with dental school prerequisites while allowing her to study additional topics, such as the human body, disease and healthcare. She also prepped for this career by shadowing dentists in different specialties (e.g., general, cosmetic, orthodontics, periodontal, etc.) during her junior year and for her senior capstone project.

Getting involved not only helped me make friends but also let me explore possible career paths.

Her public health program also introduced Urban to clinical associate professor Kara Montgomery, whom Urban has relied on as a mentor during her time Carolina. “It is hard to express in words how supportive she has been since I joined the school,” says Urban. “Dr. Montgomery cares about my future and has helped me achieve my dreams. She is one of the kindest, most genuine and remarkable advisors, mentors and teachers I have had here at USC.”

The Capstone Scholar also found a mentor in chemistry and biochemistry’s Natalia Shustova. She worked alongside the assistant professor for three years studying lithium-ion batteries and other aspects of chemistry, which sparked Urban’s love for research.

Through her research activities, Urban became a Magellan Scholar and then a Magellan Ambassador, sharing her experiences with other students through presentations in University 101 classes and at events, such as Admitted Students Day and USC Open House. She has also achieved Graduation with Leadership Distinction in Research while graduating a semester early. When considering her dental school options, Urban plans to look at each program’s research opportunities, particularly in the areas of public health and epidemiological issues related to dentistry.

Another factor in her decision will be whether she receives a scholarship from the Army Health Profession Scholarship Program. This highly competitive program covers all costs associated with dental school and includes a four-year appointment as a dentist in the U.S. Military after graduation.

“Military dentistry has always intrigued me,” says Urban. “If I am awarded the scholarship, I envision myself making a career for myself in the military.”

Regardless of where she ends up, Urban credits UofSC with providing the opportunities that helped prepare her for the journey. As an out-of-state student with no initial contacts, she took advantage of the many student organizations and activities available at USC. She held the position of vice president for Rotaract club, served as a Supplemental Instructor Leader with the Student Success Center, and participated in the pre-dental club and Alpha Epsilon Delta pre-health society. As a Capstone Scholar, she had the opportunity to travel to Managua, Nicaragua to provide dental care to local residents using a Dobson Service Grant.

“Getting involved not only helped me make friends but also let me explore possible career paths,” says Urban, who advises other students to do the same. “It’s also important to talk to your professors. Your professors are experts in their field; get to know them and what they are doing.” 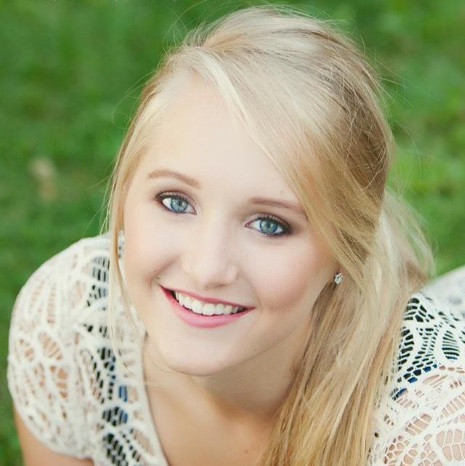