In parallel with growing their class size, the Doctor of Physical Therapy (DPT) program is growing their faculty. Shana Harrington joined the Department of Exercise Science’s nationally-ranked physical therapy program this year. She brought her family with her (Husband Scott, 3yo Beckett, 1yo Stella, 140lb Newfoundland Jamison) and significant expertise in upper extremity impairments and function in breast cancer survivors and overhead athletes.

Harrington discovered physical therapy when she experienced her own injuries as a teenager. Growing up in Florida, she played four sports in high school and was a nationally-ranked triathlete. However, this level of athleticism often comes with injuries and Harrington experienced her share of them.

“Selfishly, I was interested in physical therapy to understand how to prevent my injuries and also fix them!” she says. She was also inspired by professional football player Dennis Byrd, whose public struggle to walk after experiencing a spinal cord injury was an inspiration to Harrington.

“He was told he would never walk again,” Harrington remembers. “Well, he did walk, and a big part of that was the physical therapy intervention he received.”

She had found her vocation, and her path began with a bachelor’s degree in Physical Education, Exercise, and Sport Science (University of North Carolina at Chapel Hill) after she finished high school. In addition to completing master’s (Physical Therapy, University of St. Augustine for Health Sciences) and doctoral (Ph.D in Interdisciplinary Human Movement, University of North Carolina at Chapel Hill) degrees, Harrington took her education a step further.

In 2014, she completed three years as a National Institutes of Health K12 Scholar at the University of Florida. Supported by a career development program through the National Center for Medical Rehabilitation Research, Harrington had the opportunity to further develop her research in health outcomes related to pain as reported by cancer survivors.

So far, Harrington’s research has led to 13 peer-reviewed publications with another handful under review or in progress. She has also delivered dozens of presentations at scientific and professional events.

Through her various academic appointments over the past eight years, Harrington has taught a variety of courses, primarily in evidenced-based practice, orthopaedics and sports, oncology and pain. Over the course of her career, she has been a licensed physical therapist in several states including Florida, Washington, Nebraska, North Carolina and South Carolina and holds a certification in manual therapy. She is also a board-certified sports clinical specialist.

In addition to the service work that has accompanied her professional roles, Harrington has become involved with adapted and Paralympic sports as a medical classifier—primarily for para-swimming and now the new sport of paratriathlon, which debuted in Rio last year at the Paralympic Games.

“I enjoy volunteering in this role as it’s afforded me the opportunity to travel and meet other physios across the globe,” Harrington says. “It has also opened my eyes to what disabilities—many preventable or could be minimized if better medical care was offered—occur in other countries.”

Her decision to join the Arnold School of Public Health stemmed from both the attractive program and personal testimonies. “I had heard great things about the program from a former undergraduate student at UNC who helped me with my doctoral work and completed her DPT at USC in 2012,” she says. Two others, a mentor and a colleague, also testified to the program’s reputation—speaking highly of DPT Director and Associate Professor Stacy Fritz. “I like the fact that all DPT students are involved in a research project–I think that is a valuable learning experience,” adds Harrington. “The small DPT class and faculty size was also appealing to me.”

The faculty and students of the exercise science department and DPT program are equally enthusiastic about welcoming Harrington to join them. The Arnold School already has a strong core of faculty members with expertise in several areas of cancer research, and Harrington expands the scope of this research into the area of physical therapy. In addition to Harrington, cancer research in the exercise science department will be further bolstered by two new hires this fall: Ashley Smuder, who has an interest in cancer therapeutics, and Diane Ehlers, who specializes in cancer prevention.

"It is exciting to me that the DPT program is at such a place that through its reputation and the reputations of the faculty and graduate students, we garner such a great addition to our faculty as we did with Dr. Harrington," says Fritz. "She brings excellence and diversity in research, teaching and service. This gain at such a crucial time in our growth is invaluable." 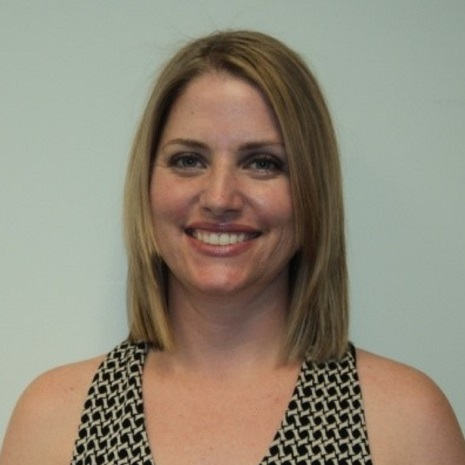 Shana Harrington has joined the growing Doctor of Physical Therapy program in the Department of Exercise Science. She has expertise in upper extremity impairments and function in breast cancer survivors and overhead athletes.