“When I was 17 years old, I saw a television documentary about physicians working at a hospital, and it was like an electric shock; I suddenly realized that it was what I wanted to do,” says Jimmy Duc, a physician from Switzerland. “I saw it more as a way of life rather than only a profession.”

During medical school at the University of Lausanne, Duc became interested in preventive medicine, and it became the topic of his thesis. He then completed a 7.5-year residency in internal medicine where he developed a passion for cardiology. After another four-year residency in cardiology, Duc decided to pursue a master of public health (MPH).

“I wanted to earn an MPH in the U.S. because international experiences have always been important to me, and the U.S. is known for its public health programs,” says Duc, who speaks six languages. “I chose the Arnold School at the University of South Carolina due to its ranking and reputation.”

His program, the master of public health in general public health provides a broad understanding of public health disciplines rather than focusing on a specific area. It is designed for applicants who have either significant post-baccalaureate work experience in the health care field or have a terminal degree, such as a doctor of medicine. [The general MPH can also be earned through the preventive medicine residency program or as part of two dual degree programs (PharmD/MPH, MD/MPH).]

Through his program, Duc had the opportunity to gain a deeper understanding of how to detect and analyze the risk factors for chronic diseases at the population level. “This will be very useful for future research in cardiovascular disease prevention," he says. Through the program’s practicum component, Duc learned more about environmental public health issues, such as antibiotic resistance.

Duc also connected with many faculty members. “Dr. Mike Byrd gave me a lot of good advice, and he was really reassuring—particularly during stressful periods,” he says. “I’m also grateful to Dr. Linda Hazlett who helped me a lot when I was applying to the Arnold School.” He notes that all of his instructors, who he see as remarkable in their passion to teach and their patience, made an impact on him during his program.

A recent graduate, Duc has already returned to Europe to apply what he learned through his MPH program through his new role as a physician in the cardiology clinic of CCN Porte de Paris. Long-term, he would like to conduct research at the population level, leading his own projects with a position at an international organization, such as the Red Cross, United Nations, or the World Health Organization. 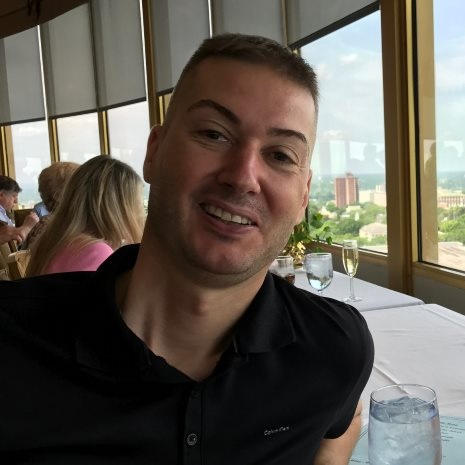 A physician from Switerzland, Jimmy Duc earned a master of public health in general public health from the Arnold School. A recent graduate, Duc has returned to Europe to gain additional experience at CCN Porte de Paris.