Ryan Anderson isn’t just aspiring to improve lives on a global scale. He’s already doing it. The senior public health major has already founded a nonprofit organization and built relationships with communities in the Caribbean, Central America and Africa. The next major milestone for this rising star will be earning a master of public health at the University of Cape Town in South Africa—using a $50K global grant scholarship from Rotary International.

Growing up just north of Milwaukee, Anderson watched health care professionals save his older brother’s life over and over at the Children’s Hospital of Wisconsin. Ricky, now 24 years old, was diagnosed with numerous medical conditions at a young age, including autoimmune lymphoproliferatory syndrome, Von Willebrand disease, narcolepsy, and dysautonomia.

Anderson himself also has dysautonomia—a genetic condition that causes the brothers’ autonomic nervous systems to occasionally respond inappropriately to stimuli, resulting in a range of symptoms and disabilities. He considers the Children’s Hospital of Wisconsin to be not only the backdrop of his childhood but a critical influence in his decision to pursue a career improving health.

With this goal in mind, Anderson traveled to Riverton City in Kingston, Jamaica during a high school service trip with a small nonprofit called Pivotal Directions and was hit with a harsh reality when he saw the contrast between his hometown and his new surroundings. “Health is not a right to all but instead a privilege,” he says of his epiphany. “Had my family lived in the shanties of Riverton, my older brother would have died.”

Anderson has since returned to Riverton numerous times to help the community address some of their health and educational needs. In 2012, he established the Relearn Foundation, an education nonprofit organization that has collected more than 15,000 pounds of school supplies from 26 Wisconsin-area schools and redistributed them to communities in Jamaica, Guatemala, Haiti, Costa Rica, Belize and Zambia.

So many people enter a career with the intention of helping others to improve their health, and there is quite simply no better way to do it then the preventative approach of public health.

His foundation also facilitates relationship-building and educational mentorships between communities across the United States and those that receive the educational supplies. They are currently in the process of creating health education programs to teach their partner communities better sanitation and disease prevention strategies.

“The time I spent with my brother at Children’s Hospital coupled with my first-hand understanding of poverty’s effect on health have given me an unfailing drive to make health a right to all,” says Anderson, who learned compassion and work ethic as an Eagle Scout. “In fact, virtually every aspect of my life in the past ten years can be traced back to a single thread: the desire to make health a universal right.”

In addition to overseeing two nonprofit organizations, Anderson is also the assistant director for Pivotal Directions, the servant leadership and educational nonprofit that has brought hundreds of American students, including Anderson, to work in Riverton (see the documentary, $10 Perspective-Living in Extreme Poverty, Anderson co-directed about the resilience of the people of Riverton). “Each student comes with a unique perspective and passion, and through our work with the community they leave with a desire to address countless global issues,” he says.

In Columbia, Anderson is working toward the same goals. At Carolina, the Woodrow Scholar served in multiple leadership positions with student government before resigning to make more time for his health promotion efforts.

“All of the legislation my committee worked on was focused on campus health, including increasing campus vaccination rates, mental health promotion, and much more,” he says. “While I am most passionate about making health a right to those who don’t have it, I am also excited about any opportunity I have to make my local community a healthier place.”

Turning communities that previously were riddled with health problems into places with relative health and the right to health services will benefit the entire world.

One way Anderson works toward improving health locally and globally is by recruiting others to the profession of public health. “So many people enter a career with the intention of helping others to improve their health, and there is quite simply no better way to do it then the preventative approach of public health,” he says. “I enjoy talking with students who are unsure of what to study and trying to convert them to public health.”

Through his academic program, Anderson found many mentors who further fueled his own passion for public health: two in particular who have made a heavy impact on his life are health promotion, education, and behavior (HPEB) instructor April Winningham and HPEB associate professor David Simmons. “They both exhibit a passion for not only helping better public health but also for educating the next generation of public health professionals,” he says. “If it were not for professors like them I would not be the student I am today nor would I have the passion and excitement that I do for my future career in public health.”

After completing his master’s degree, Anderson plans to pursue a medical degree with a focus on infectious diseases. Long term, he aims to help small health organizations create effective and cost-efficient policies that will reduce the number of health years lost due to preventable medical ailments, end health disparities created by social determinants, and work to heal immediate patient needs within medical clinics. He would also like to develop and advance disease eradication programs. Specifically, he would love to help end the fight against polio.

“It is usually in these underprivileged communities where potentially disastrous infectious disease outbreaks generate their traction,” Anderson explains. “Turning communities that previously were riddled with health problems into places with relative health and the right to health services will benefit the entire world.”

Press release from USC Office of Fellowships and Scholar programs. 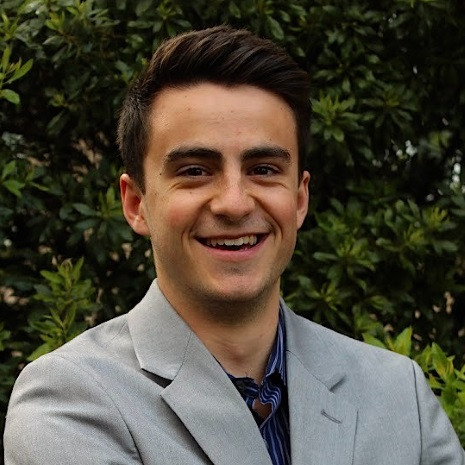 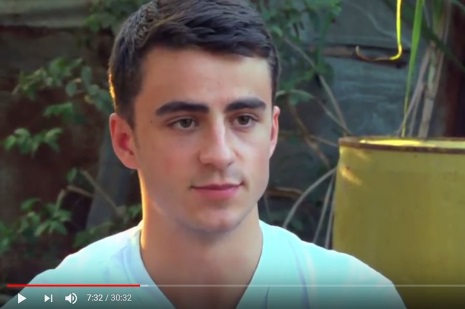 Anderson co-directed an educational documentary about the hope and resilience of people living in poverty. The film takes place in Riverton (Kingston, Jamaica) and will be used as an educational tool in classrooms around the country and to help advocate for global health policy change.