I Am Public Health: Torrance Nevels

Though he now considers El Paso, Texas his home, Torrance Nevels returned to his birth place of Tuscaloosa (after graduating high school in the Netherlands) to pursue an undergraduate degree in biology from the University of Alabama. Immediately following his 2008 graduation, Nevels attended the military’s Interservice Physician Assistant Program at Fort Sam Houston, Texas earning a second bachelor’s degree from the University of Nebraska Medical Center. In 2011, he earned a master’s in the same area of study from the same institution after completing his clinical training at Fort Campbell, Kentucky.

“One of the aspects I enjoyed most in my job as an Army physician assistant was tracking disease and nonbattle injuries in deployed and garrison environments and making recommendations to commanders and decision makers to improve medical readiness and mitigate the risk of poor health outcomes,” says Nevels. “Historically nonbattle injuries result in significantly more hospitalizations and lost work time compared to combat injuries.”

In 2015, Nevels was selected to pursue a Ph.D. in epidemiology through the Army’s Long-Term Health Education Training program. He was interested in attaining the tools and skills needed to influence policy changes to improve soldier health and performance and chose the Arnold School’s epidemiology and biostatistics department due to its focus on occupational, chronic disease and molecular epidemiology.

“Additionally, the program fostered an environment of team work and collaboration,” Nevels says. “The Army only gives us three years to complete our doctoral training, and the USC faculty and staff went out of their way to help me plan and complete my program of study.”

Throughout his doctoral program, Nevels worked as a research assistant at the WJB Dorn VA Medical Center. As a co-investigator and research assistant on a VA Merit Award sponsored by the VA Office of Research and Development, he assisted with a clinical trial exploring the effects of non-pharmacological intervention on alleviating pain, stress, fatigue depression and insomnia among veterans. As a result of these experiences and his coursework, Nevels developed research interests in the acute and long-term health effects of occupational stressors, shiftwork, circadian misalignment and chronic sleep disruption.

“Find a program that is not only academically strong, but also provides personal and professional mentorship,” advises Nevels, who says that his academic advisor and associate professor Jim Burch was instrumental in guiding him through his accelerated program of study. “I would also encourage students to have school-work balance.”

After his August graduation, Nevels will begin a faculty position with the Interservice Physician Assistant Program at Fort Sam in Houston, Texas where he will teach research evaluation and a master’s seminar. He also looks forward to spending more time with his wife and daughter now that he has completed his doctoral studies.

The views and information presented are those of the author and do not represent the official position of the U.S. Army Medical Department Center and School, U.S Army Medicine, or the Departments of Army/Navy/Air Force, Department of Defense, or U.S. Government. 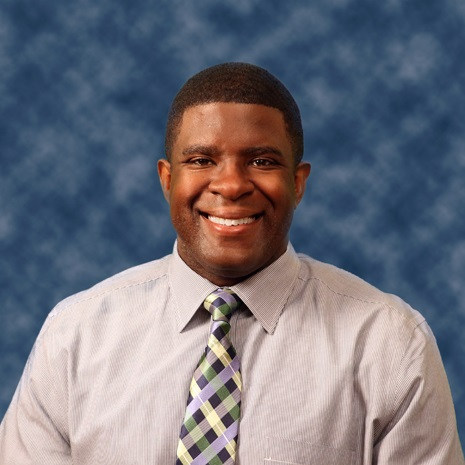