Madison Kuiper was fairly stressed as she entered into her senior year at UofSC. She was confident in her university and in her major, exercise science, but she wasn’t sure what type of position she should pursue after her August 2017 graduation.

“I grew up infatuated with the Carolinas and looked at five different schools,” says the Louisville, K.Y., native. “Not only was USC's campus the most beautiful campus I had ever stepped foot on, but the Capstone Scholars program ultimately made my decision. Through Capstone, I was able to go on a medical mission trip to Nicaragua, thrive in an academic environment, and meet lifelong friends.”

This major seemed to incorporate all of my interests and challenged me to work at my highest potential.

Though she originally declared another major, Kuiper switched to exercise science by the end of her first semester after learning more about the Arnold School and its curriculum. “I have always been enthralled by the anatomy of the human body as well as health and fitness,” she says. “This major seemed to incorporate all of my interests and challenged me to work at my highest potential.”

Barbara Cuevas, director for exercise science undergraduate student services, ended up being a key mentor for Kuiper, especially during her senior year when she was trying to figure out her next steps. Cuevas taught the practicum course for exercise science students—a course that proved to be a turning point for Kuiper in helping her learn about career options and ultimately decide what to do with her degree.

For her six-week practicum experience, Kuiper merged exercise science with marketing at KORT, a physical therapy corporation with 53 clinic sites in Kentucky and Southern Indiana. KORT was so impressed by Kuiper that when her practicum ended in August 2017, they hired her as a full-time employee.

“I would have not gotten this opportunity if it weren't for my background in exercise science,” states Kuiper, whose responsibilities include marketing to local hospitals and physicians’ offices [she is picture above (right) at a Twisted Pink fundraiser to raise funds for metastatic breast cancer research]. “I always saw myself in more of a clinical role; however, I now have found that I really just wanted the opportunity to work with people out in the community, and I get to do that on a daily basis.”

The Arnold School of Public Health has more than prepared me for what is to come, and I will always cherish my time at the University of South Carolina!

Kuiper says that the medical terminology she learned through her exercise science program has been essential in her roles at KORT. Her undergraduate experience has also helped her grow in her social and organizational skills.

Another perk has been the opportunity to work in one of her interest areas, cancer research. The Woodrow Scholar helped KORT launch their Cancer Rehab program, while connecting with oncologists, general surgeons and plastic surgeons in the area. Among her growing responsibilities, Kuiper has been charged with organizing KORT’s annual Bike to Beat Cancer event.

“There is no rush in deciding what you want to pursue,” Kuiper advises other students. “I anxiously approached my senior year with the underlying stress that I still did not know what I wanted to do, but there is so much more time than you think post-graduation to decide what you want to do for the rest of your life. It’s okay to change your mind, and it is okay to sway from the plan you had freshman year. The Arnold School of Public Health has more than prepared me for what is to come, and I will always cherish my time at the University of South Carolina!” 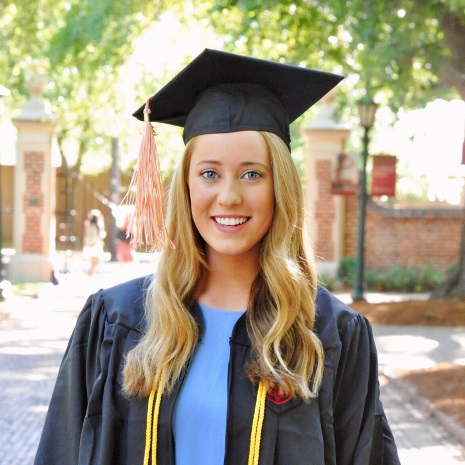 Madison Kuiper completed a practicum at KORT and then accepted a full-time position with the physical therapy corporation after her August 2017 graduation.