HIV research has been a passion for Monique J. Brown since she was a child growing up in Montego Bay, Jamaica. She remembers when HIV/AIDS first made headlines in mainstream news. The disease became more personal when a close friend’s parent died from HIV-related complications.

“Ever since then, I made a commitment to learn and know more about the disease and to spread awareness,” says Brown, who holds an assistant professor position in the Arnold School’s department of epidemiology and biostatistics. She is also a faculty affiliate with the South Carolina SmartState Center for HealthCare Quality (CHQ), which is led by health promotion, education, and behavior professor and SmartState Endowed Chair in Clinical Translational Research Xiaoming Li.

After earning a bachelor of science degree in Spanish (Bates College) and a master of public health degree (Brown University), Brown spent two years as a data analyst for the Boston Public Health Commission. In 2011, she enrolled in Virginia Commonwealth University’s School of Medicine to pursue a Ph.D. in epidemiology, serving as a graduate research assistant in the department of family medicine and population health throughout her fast-paced three-and-a-half year tenure with the school.

It was during this time that Brown first became interested in studying HIV and aging as well as childhood trauma. She realized that improvements in antiretroviral therapy meant that people were living longer with HIV, yet there was little research on HIV prevention and intervention among older adults.

Following her 2014 graduation, Brown continued her research with a postdoctoral fellowship and then research assistant professor position at the University of South Florida. There, she studied populations living with HIV, specifically men who have sex with men and women and the social, behavioral and mental health factors associated with HIV risk, prevention and successful intervention programs.

Today, Brown's research interests focus on HIV intervention and prevention; childhood trauma; social, behavioral and mental health; and aging—as both separate and intersecting areas of study. Building on two National Institutes of Health R01 grants where Brown served as co-investigator, she was recently awarded a K01 award from the National Institute of Mental Health to study the impact of childhood trauma on aging with HIV. As principal investigator of this project, she will develop an intervention addressing childhood trauma with the aim of improving HIV treatment outcomes among middle-aged and older adults living with HIV.

“I knew that this would be a great opportunity to be part of an institution that not only focuses on innovative and cross-cutting research to improve the health of populations, but which has a priority to teach the new generation of public health leaders, and teach them well,” Brown says of her decision to join the Arnold School. “I am eagerly looking forward to contributing to the research agenda of the department of epidemiology and biostatistics and CHQ through interdisciplinary collaborations.”

“The department of epidemiology and biostatistics and CHQ will also provide opportunities to be mentored by senior faculty, who have contributed significantly to population health locally, nationally and globally through their research and teaching,” she says.

Among her numerous awards, Brown has been recognized as a James G. Zimmer New Investigator Research Award Finalist by the American Public Health Association and received the Minority Issues in Gerontology Committee Grants Assistance Workshop Award. She has nearly 30 publications, including one for the 25 percent of most cited PLOS One articles.

“We are extremely fortunate to have recruited an individual with the formidable talents of Dr. Monique Brown,” says Anthony Alberg, chair of the department of epidemiology and biostatistics. “With her research strengths in social epidemiology and lifespan health she is a welcome addition to the department, school, and university. Through her research, teaching, and service we look forward to all the positive impacts Dr. Brown will make to advance public health, especially in the areas of adverse childhood experiences, HIV prevention and promoting the health of people living with HIV. She has all the hallmarks to be  a true difference maker.“ 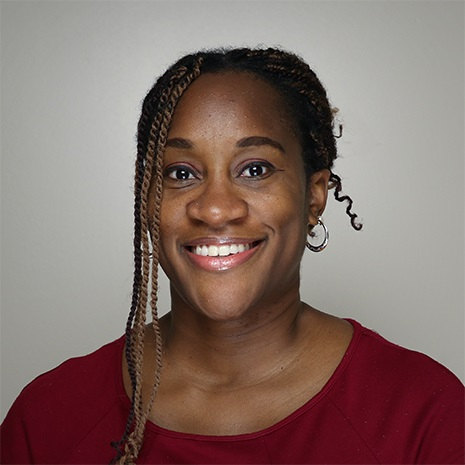 Monique Brown-Smith is an assistant professor in the department of epidemiology and biostatistics and the South Carolina SmartState Center for Healthcare Quality.