Researchers from the exercise science department’s physical therapy program and health services policy and management’s (HSPM) SmartState Center for Effectiveness Research in Orthopaedics (CERortho) have won a $100,000 grant from the Foundation for Physical Therapy to advance an existing Greenville Health System (GHS) program that has already shown promise in lowering costs and improving outcomes for patients with musculoskeletal issues. The project is led by Chuck Thigpen, an adjunct faculty member with the Arnold School’s physical therapy program, director of Observational Research in Orthopaedics for CERortho and a research scientist with ATI Physical Therapy. Team members include HSPM and CERortho SmartState Endowed Chair John Brooks, assistant professors Melanie Cozad and Cole Chapman, and doctoral student Adam Lutz.

“These costs have continued to rise with no real improvement in patient outcomes potentially due to fragmented, traditional U.S. healthcare models, which tend to use early advanced imaging and multi-modal pharmaceutical prescriptions, despite evidence for marginal outcomes, increased cost, and increased surgical rates specifically with early MRI,” says Thigpen. “Neck, Back, shoulder, hip, and knee pain account for over 80 percent of these diagnoses, with a majority responding to physical therapy, making physical therapists uniquely qualified to spearhead musculoskeletal care with the potential to improve patient outcomes while limiting unneeded medical care.”

This model has been implemented in military and nationalized health systems, resulting in lower healthcare costs and positive patient outcomes. However, there is limited evidence of the effectiveness of a physical-therapy led approach for musculoskeletal patients in the U.S. private arena.

In 2012, GHS partnered with ATI Physical Therapy and Blue Cross Blue Shield of South Carolina to establish the Back and Neck Program (expanded to include shoulder and knee pain in 2016 and hip pain in 2017) as a pilot study to test this “physical therapy first” model in the private sector. Recent publication of the early results show $1,543 in healthcare costs per patient—nearly 50 percent less those who began their care with a physician referral. These savings increase compared to those who did not enroll in the program. The initial program also yielded high patient satisfaction, significant improvement of outcomes from start of care to discharge, including lower pharmacy, imaging, and physician visit costs.

Since its inception, the program has grown from four clinics and 15 physical therapists to 16 clinics and 150 physical therapists and has been renamed Musculoskeletal (MSK) Program to reflect the variety of issues it has expanded to address. The MSK program provides an appointment with a physical therapist within 47 hours at one of 16 ATI Therapy locations throughout the Greenville region for GHS employees and beneficiaries without referral (though referrals are also permitted) with only a $20 co-payment.

Thigpen and his team will use the Magistro Family Foundation Research Grant from the Physical Therapy Foundation to conduct a comprehensive evaluation of the program over a two-year period. Collaborating with the same partners, as well as Steadman Hawkins Clinics of the Carolinas, the researchers will collect a variety of data, comparing musculoskeletal patients who have enrolled in the program to those who use alternate approaches to resolving their musculoskeletal complaints.

“We believe this study will provide payers, employers and other key stakeholders with important results to guide the evolution of this model,” says Thigpen. “Additionally, insights gained through this study will influence these new models and provide evidence to implement a scalable, best practice model the private arena.” 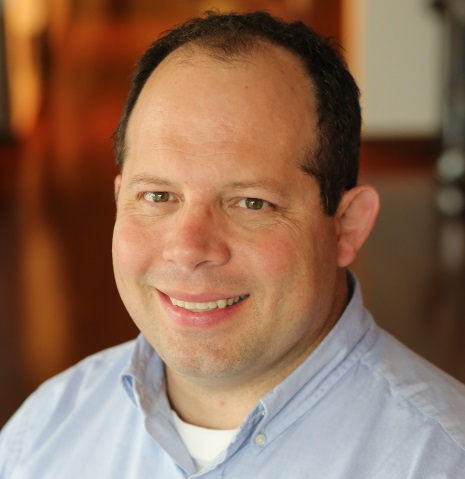 Chuck Thigpen is an adjunct faculty member with the Arnold School’s physical therapy program (department of exercise science), director of Observational Research in Orthopaedics for CERortho and a research scientist with ATI Physical Therapy.