PASOs has been selected for two awards this summer, adding to the many honors they have received since they were founded by executive director Julie Smithwick in 2005. The organization was honored at a 2018 Leadership in Diversity Awards Presentation, hosted by the Sisters of Charity Foundation in June. Smithwick, who has been selected for the Columbia Regional Business Report’s 2018 Women of Influence, will be recognized at a luncheon on August 9 and in a special section (July 16 edition) of the publication.

A South Carolina-based community organization housed in the Arnold School of Public Health, PASOs helps Latino families and health and social service providers work together for healthier, stronger families. They specialize in connecting Latino families with critical education and resources in areas such as maternal and child health and early childhood development.

"We promote health, we promote early childhood education, we promote leadership development for organic leaders in communities throughout South Carolina, and advocacy so that our organizational systems can better respond to the needs of the Latino community," Smithwick said in a non-profit minute segment for MidlandsBiz (see video at right).

South Carolina has one of the fastest Latino population growth rates in the nation (this group grew 150 percent between 2000 and 2016), traditional safety net providers have struggled to keep up with the needs of an immigrant population facing challenges such as language barriers. PASOs ensures that Latino families have the information and resources they need to make healthier choices while helping other providers achieve the infrastructure they need to support these families.

“When I think about when I started PASOs and where we are now, the thing I’m most proud of is the leadership development,” Smithwick said in the video. “Because when I first started PASOs there were a handful of people that really understood this growing Latino population. Now—just within PASOs—there are 30 of us that are able to bring those voices, that are able to bring those experience—the assets—that Latinos bring to our state. In addition, we’ve really invested in leadership of folks from within communities, so we’ve got hundreds of people around the state that are speaking to the issues that Latinos face and really showing the positive contributions of Latinos in our state.”

The Leadership in Diversity Award was established by the Sisters of Charity Foundation in 2011. It was created to honor an individual or organization that has played an important role around leadership and diversity and is willing to take a stand on important issues that affect those with fewer resources in South Carolina.

“PASOs is a perfect example of an organization that has embraced diversity and challenged others to recognize the disparities and inequalities that exist for underserved populations,” Tom Keith, President of Sisters of Charity Foundation of South Carolina, said in a press release.

Smithwick was one of 22 women named to the list of 2018 Women of Influence by the Columbia Regional Business Report. From professions in real estate to nonprofits to biofuels, these women are honored for setting the pace in their professional careers and working to make the Midlands a better place. Honorees are nominated by Business Report readers and selected by a panel of judges. 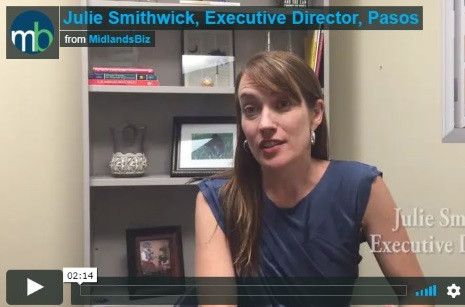