Karen West, a 1992 graduate of the Arnold School’s master of public health (MPH) in program, has been selected as the next president and CEO for the American Dental Education Association (ADEA). Currently the Dean of the University of Nevada, Las Vegas School of Dental Medicine, West will transition into her new role on July 1 of this year.

A 1982 alumna of the University of Louisville School of Dentistry, West’s career spans the better part of four decades. She served as the project director in the Augusta Dental Project/Children and Youth Dental Clinic and held various positions in dental faculty and administration (e.g., clinical team leader, assistant/associate dean for academic affairs), including 12 years in her current position as Dean where she oversees approximately 400 faculty and staff, 350 students and a $35 million budget.

It was during her time at the Children and Youth Dental Clinic in Augusta that West became interested in pursuing an MPH. UofSC’s program was the perfect complement to her role working with low-income and underserved populations at the clinic. The opportunity to take some of her courses at UofSC’s nearby Aiken campus allowed her to continue gaining clinical experience while earning her degree.

For her final MPH project, West conducted research on patient satisfaction at the community health clinic, which included not only dental services but care for mothers and children as well. “It was a true interprofessional approach to healthcare before that model was well known,” West says.

Over the years, West has continued to apply what she learned during her MPH program. During her tenure as Dean, her school began offering free dental public health clinics to veterans, homeless individuals, family violence survivors and children. Run by students and overseen by faculty, these and other school clinics have provided nearly $5 million in free or reduced care for the local population.

“One of the things I’m excited about with my next position is that I’ll have the opportunity to expand my public health focus at the national and international level,” says West. “ADEA advocates for funding legislation for a lot of different things, such as improving access to care. I’m excited to be able to spend part of my time on what I love and still have interest in.”

Throughout her career, West has advocated for women’s health as well as diversity and inclusion in dental education—becoming a recognized authority on the topic in the process. During her deanship, for example, she successfully increased the diversity of the student body and faculty. West has conducted research and published widely on projects and issues related to women’s health and equity for women in dental education.

“When I went through dental school, the class was 10 percent women,” she says. “There are still very few of us women who have stayed in academia to act as mentors to young faculty and those coming into the profession, so I try to be a role model and mentor to as many young women professionals and faculty as possible.”

West’s previous roles at ADEA have included leadership positions focused on inclusivity, such as the Chair of the Council of Deans and Women’s Liaison Officer for the University of Kentucky. For these efforts and others, she received the ADEA Distinguished Service Award in 2018.

She has also served on various dental accreditation groups and commissions, contributing to international activities that impact dental education on a global scale. In 1999, West completed a fellowship with the Society for Executive Leadership Academic Medicine and was elected president of the organization five years later. 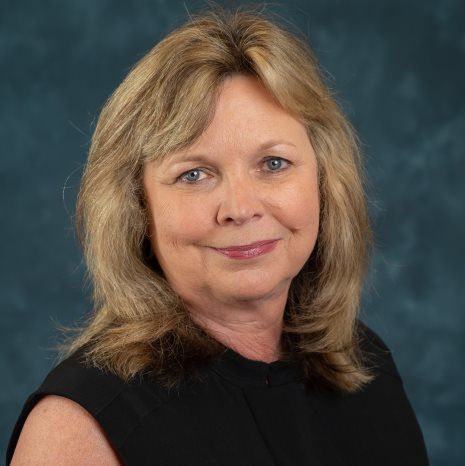 Karen West is the Dean of the University of Nevada, Las Vegas School of Dental Medicine. In July, she will become the president and CEO of the American Dental Education Association.